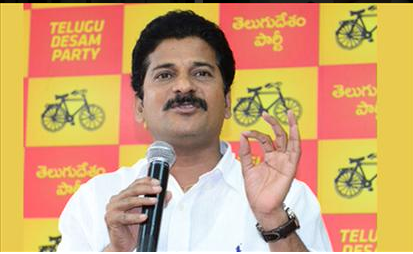 Hyderabad:Â The Anti-Corruption Bureau (ACB) today trappedÂ TDPÂ MLARevanth Reddy for allegedly trying to give a bribe of Rs 50 lakh to nominated MLA Elvis Stephenson “to vote in favour of a TDP nominee” in Legislative Council elections scheduled tomorrow.Â

“Revanth Reddy and his aide allegedly offered a bribe of Rs 50 lakh as advance as part of the Rs five crore deal. Reddy offered to make the payment of Rs 50 lakh to a friend of Stephenson,” a senior ACB officer said.Â

The TDP MLA and his aide had gone to the residence of Stephenson at Lalaguda inÂ SecunderabadÂ to hand over the cash when the ACB sleuths caught them offering the bribe, he said.Â

“After the voting, the remaining Rs 4.5 crore were to be paid,” the officer said.Â

Reddy is being questioned and the matter is under investigation, he added.Â

Asked if the TDP MLA was arrested, the ACB officer said, “Officers will take a decision. So far, no decision has been taken (in this regard). We have to take a legal advise.”Â

A case has been registered against MLA Revanth Reddy under Prevention of Corruption Act, the ACB officer said.Â

Election to the Telangana Legislative Council under MLAs’ quota from the Assembly constituency is scheduled for tomorrow to fill six vacancies. Vem Narender Reddy is contesting as TDP candidate.Â

In October last year, Telangana government had nominated Stephenson as the MLA of the Anglo-Indian community in the state.Â

Meanwhile, Revanth Reddy alleged that he was being falsely implicated in the case. “I have been framed in the case by Telangana Chief Minister K Chandrasekhar Rao,” he said.Â

The TDP legislator also said that he would fight out the case.