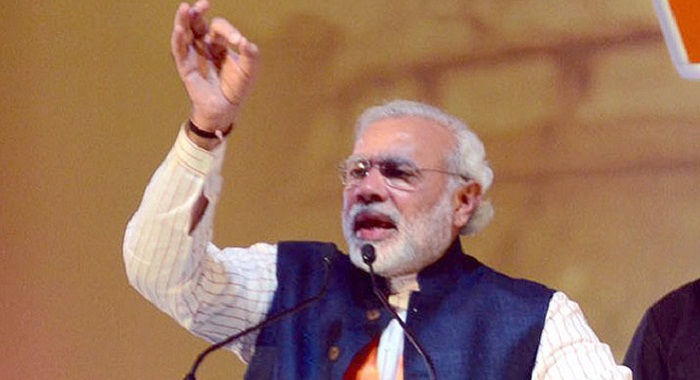 He also said that the contentious Land Acquisition Bill is not “a matter of life or death for me” and that he was prepared to accept any suggestions.

After ruling for 60 years, the Congress has suddenly remembered the poor. People of this country have suffered and remained poor due to shortsighted policies of the Congress,” he told ANI.

Hitting out at Congress, Modi said, “Did the coal and spectrum scandals or the CWG fiasco benefit the poor? Everyone knows who were the beneficiaries — some chosen industrialists and contractors.”Â

On the controversial Land Bill, the Prime Minister said in an interview carried by The Tribune newspaper, “This is not a matter of life or death for me. And neither was it the agenda of my party or the government.”Â

His comments on the Land Bill assume significance as the Cabinet today decided to promulgate the Ordinance on it for the third time.

Modi said the opposition to the Land Bill is “totally unjustified and unfortunate” as he argued that the government has not made any changes for private industry.

“We have made changes only in response to demands of the states. The benefits of these changes will also accrue to the rural poor in terms of irrigation, housing, electrification, as well as better physical and social infrastructure,” he said.

The Prime Minister also spoke about the controversy surrounding the ‘One-Rank, One-Pension’ (OROP) for ex-servicemen and told the newspaper, “We are committed to OROP, but we are in consultation with defence personnel regarding the definition of OROP.

“Our government is here for five years and we cannot do anything without consulting the people concerned. The dialogue is being actively pursued. There is no need to have any doubt on this.