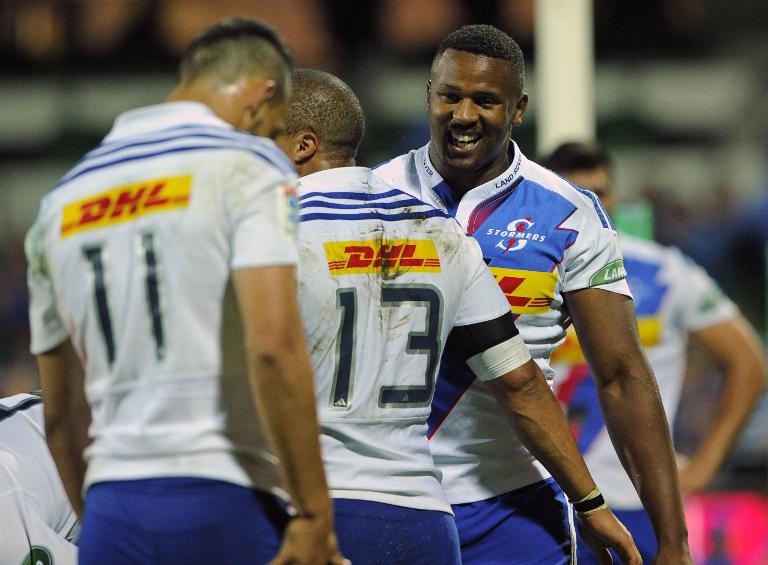 South Africa’s Western Stormers and defending champions New South Wales Waratahs held on to leads in their national conferences as front-runners Wellington Hurricanes crashed to a rare defeat in this weekend’s Super Rugby.

The Stormers moved closer to a place in next month’s play-offs with a 42-12 win over the Central Cheetahs and lead the Golden Lions by three points in the South African conference.

The Waratahs could only come away with a losing bonus point out of their 27-22 defeat to the Lions in Johannesburg to stay top of the Australian conference on level points with the ACT Brumbies on matches won. The conference winners host finals matches.

The Hurricanes suffered only their second loss of the season, going down 35-18 to the desperate Canterbury Crusaders to have their lead in the New Zealand conference cut to nine points over the Otago Highlanders with two rounds to the finals.

The Highlanders advanced their play-off cause with a 36-9 spanking of fellow finals contenders Waikato Chiefs.

The Brumbies hold down sixth spot overall after a 22-16 win over South Africa’s Northern Bulls, but they are only two points clear of the Lions heading into the final rounds of the competition.

The Bulls along with the seven-time champion Crusaders are all but out of finals contention, both six points adrift of the top-six play-off spots with just 10 potential points left.

In the weekend’s other matches with no finals’ bearing, the Coastal Sharks staved off the Melbourne Rebels 25-21 in Durban and the Queensland Reds downed Western Force 32-10 in Perth, while the Auckland Blues had a bye.

Senatla, who made his southern hemisphere inter-provincial championship debut last weekend, claimed his brace as the home side ran in five tries to pick up a scoring bonus point.

Stormers complete their league season with two more South African derbies, at home to the Lions next Saturday and away to the Sharks a week later.

One more victory would lift the Cape Town outfit to 47 points, and out of the reach of the Lions and three-time champions the Bulls.

The Lions kept their play-off hopes alive with a tense win over the Waratahs.

After building a 17-point second-half advantage, the Lions conceded two tries and then missed three penalty kicks as a tense finish unfolded.

But when the Waratahs moved menacingly into South African territory after the full-time hooter sounded, they surrendered possession at a maul to suffer a fifth loss this season.

The Crusaders kept their wafer-thin hopes of a play-off berth alive with a big win over the Hurricanes in Nelson.

The seven-time champions became only the second team to defeat the Hurricanes this year, but still risk missing the finals for the first time since 2001.

Inspired in attack by winger Nemani Nadolo, the Crusaders scored four tries to two, displaying the renowned dominance that has been missing for much of the season.

The Highlanders outsmarted the Chiefs in Invercargill. Otago subjected Waikato to a barrage of high kicks, forcing handling errors and gaining a territorial advantage that delivered a four-try bonus point win.

In Canberra, winger Henry Speight scored two of the Brumbies’ three tries but the Bulls still had a winning chance in the final minutes only to take wrong attacking options.

The Reds welcomed back the brilliance of Wallaby Quade Cooper, who returned after two months sidelined by a shoulder injury to score two tries among a personal haul of 22 points.

The Sharks laboured to a win over the Rebels in an error-riddled match marred by a red card to Australian tighthead prop Laurie Weeks for punching in the first half.