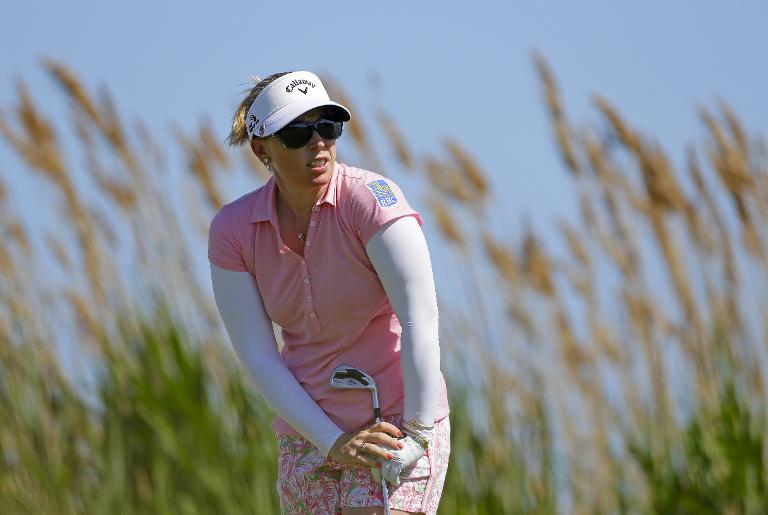 American Morgan Pressel, seeking her first LPGA title since 2008, fired a two-under par 69 to maintain her lead after the second round of the Shoprite Classic.

The 27-year-old US standout stood on seven-under 135 through 36 holes at the 54-hole event, one stroke ahead of Sweden’s Anna Nordqvist as she pressed for her first victory since the 2008 Kapalua Classic.

Pressel’s only other triumph came in 2007 when she won her first major title at the Kraft Nabisco Championship.

But Pressel has improved this season, settling for second at the Swinging Skirts LPGA Classic last month at San Francisco, losing to New Zealand teen star Lydia Ko in a playoff.

Pressel birdied the par-5 third and par-4 sixth, took her lone bogey of the day at 13 but answered with a birdie at 16.

Nordqvist also shot 69 to stay one stroke off the pace. She also birdied the third, but endured back-to-back bogeys at 11 and 12 before closing with birdies at 16, the par-3 17th and the par-5 18th to stay on Pressel’s heels.

It was another two strokes back to a third-place pack on 138 that included Dutchwoman Christel Boeljon, Scotland’s Catriona Matthew, Sweden’s Pernilla Lindberg and Americans Gerina Piller and Kelly Shon.