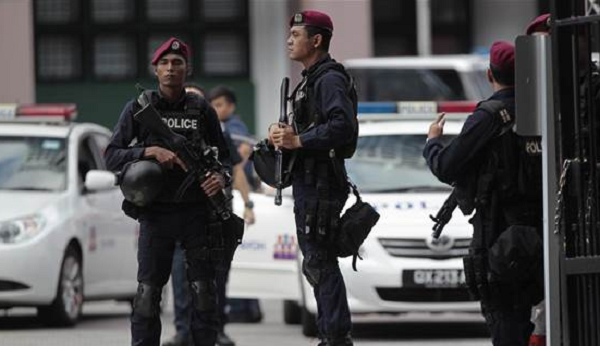 Singapore: Singapore police on Sunday shot one person dead and detained two others following a shootout near a hotel where a high-level international conference on security and defence is underway.

The incident took place early today near the Shangri-La Hotel when police opened fire at a vehicle carrying three persons after it crashed through police barricades.

The trio was stopped at a Police vehicular checkpoint set up along Ardmore Park, the entrance to the hotel where international dignitaries including defence ministers and armed forces chiefs are attending the annual Shangri-La Dialogue.

“When asked to open the car boot for checks, the driver suddenly accelerated the vehicle towards Anderson Road. Despite Police warnings to stop, the driver continued to crash through Police barricades, endangering the lives of the officers,” police said in a statement.

“Police opened fire at the vehicle to stop further danger. The vehicle subsequently stopped at the junction of Orange Grove Road and Anderson Road,” it said.

Substances believed to be drugs were found on one of the persons detained, police added.

Police have temporarily closed the venue to facilitate its operations and asked public to stay away from the area.

Due to the ongoing Shangri-La Dialogue, security measures including vehicle and person check points have been put in place in the vicinity of the hotel, police said, adding that the situation is under control.

The conference, a major event in the Asia-Pacific region, is attended by US Secretary of Defense Ash Carter and delegates from scores of other countries.