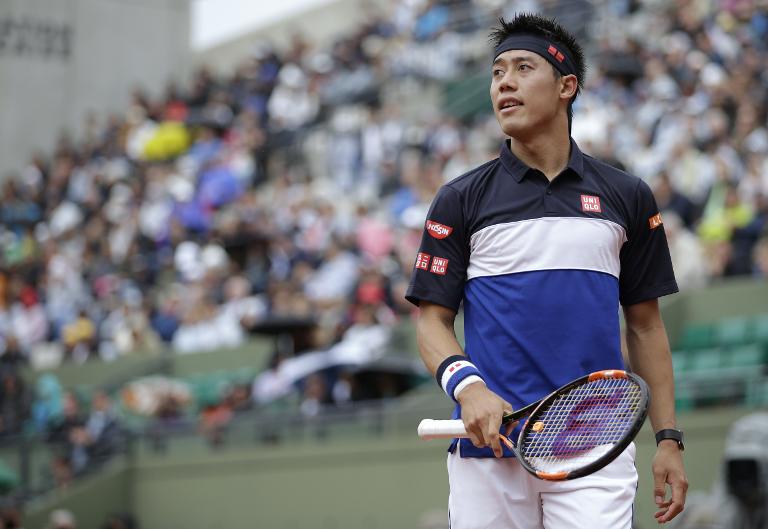 Kei Nishikori became the first Japanese man in 82 years to reach the French Open quarter-finals on Sunday with a 6-3, 6-4, 6-2 win over Russia’s Teymuraz Gabashvili.

Fifth seed Nishikori goes on to face either Czech fourth seed Tomas Berdych or Jo-Wilfried Tsonga, the 14th seeded Czech, for a place in the semi-finals.

Jiro Satoh was the last Japanese man to enjoy such a run in Paris when he went on to the semi-finals in 1931 and 1933.

Nishikori hadn’t played since Wednesday after scheduled third round opponent Benjamin Becker withdrew with an injury.

The 25-year-old looked the fresher of the two out on a damp, chilly Court Suzanne Lenglen dominating the first set and racing to a 5-1 lead in the second before 74th-ranked Gabashvili briefly rallied with a face-saving break in the eighth game.

The third set followed a similar path of domination with Nishikori again stretching to a 5-1 lead.

Gabashvili saved two match points but the Japanese, who had beaten the Russian in Barcelona in April on his way to a successful defence of his claycourt title, won through.

Nishikori finished with 40 winners, more than three times his opponent’s and took his clay record this year to 13-2.