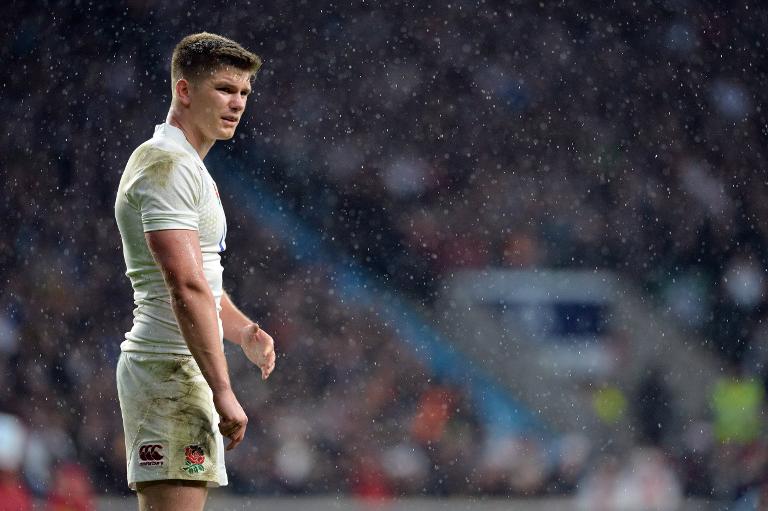 Owen Farrell tried hard to shrug off the threat of a potential citing and ban for dangerous play, which could have severe repercussions for his World Cup ambitions, to insist he is relishing the summer England training camp.

The Saracens fly-half’s shirt was covered in the blood and sweat spilled in helping his club succeed against Bath and exorcising the twin Cup Final demons from the year before.

He had just come out on top in his personal No 10 duel with England rival George Ford as his club won 28-16 to lift the trophy in the final at Twickenham Stadium on Saturday.

His 18-point haul, including a fine opening try, inspired Saracens to victory over Bath and to their second English Premiership title triumph.

However, it was overshadowed by his high tackle on Bath full-back Anthony Watson which ended his England team-mate’s involvement after just two minutes with him going off with concussion.

But as Farrell waits to hear today if he faces a potential suspension (a two-week ban is likely if cited but the higher end punishment goes up to ten weeks), the player insisted: “There was no intention from me. I feel bad that Anthony had to go off and that was his part in the game. He was pretty down about it and I apologised to him. I am not a dirty player. Things like that happen in rugby.”

On being named man of the match and outshining England positional rival Ford he said: “It wasn’t about me and George. It was about Saracens winning the title.

“We have finished top and come away with nothing the past couple of years. This time we finished fourth and have won the trophy. So it was different. We wanted to do it for the mates around us and for the fans. We wanted it so badly it is just relief.

“After finishing the season on a high the lads can go away now, reflect on this success and then look ahead at joining up for the training camp. Everybody will be keen and excited to get stuck into it.

“I am going into the camp to become a better player. To get stuck into it and be the best I can be, and do my best for my team. I am honoured to be involved.”

But Farrell, while pleading guilty to the offence and innocent to intent, has already seen the likes of Dylan Hartley lose out on his World Cup dream due to a four-week ban for a head butt on Saracens’ Jamie George.

And he had England head coach Stuart Lancaster demonstrate his intention to sort out his players’ discipline problem by dumping Leicester centre Manu Tuilagi for his part in a city centre bust up with two police officers and a taxi driver.

Bath head coach Mike Ford certainly felt Farrell got off scot free for the incident and said: “I thought it was a red card. It was an illegal challenge which hit Anthony square on the nose. But he stays on the field and gets man of the match while we lose an influential player.

“What happened was a big concern. I’ve spoken to the referee Wayne Barnes about it and he said perhaps he should have taken a stronger look at it again.”

Saracens Director of Rugby Mark McCall refused to be dragged into the affair and focused more on his side’s achievement.

McCall, who hinted that wing David Strettle may have played his last game for the club with French club Clermont Auvergne keen on him, claimed: “It feels good to win a big Final like this after what happened last year against Northampton and Toulon.

“It’s been different kind of journey as we had to fight hard to make it into the play-offs. But I was confident the guys would grab this new opportunity and make the most of it.

“They were outstanding in the first-half. We spoke about starting the game well and in a positive manner, but never expected to be in such a strong position. However, we also knew Bath would come on strongly and they did but the team wanted it so badly.”