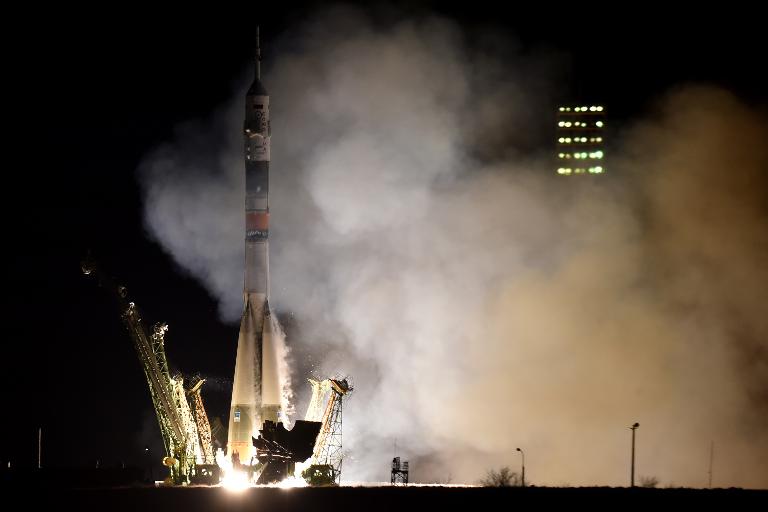 Designed to showcase a revamped space industry and divert attention from recent failures, Russia’s multi-billion-dollar project to build its own space launch pad to take over from Soviet-era Baikonur has been mired in corruption scandals.

Hailed by President Vladimir Putin as the country’s biggest construction project, it has an estimated budget of 300 billion rubles ($5.8 billion, 5.3 billion euros).

The cosmodrome started going up in the remote far eastern Amur region in 2012.

Since then, 10,000 workers have toiled to build 115 kilometres (71 miles) of roads in this immense but scarcely populated region, as well as 125 kilometres of railways and a town with housing for 25,000 people.

But in the same period, Russia has opened dozens of probes into embezzlement of funds, with Moscow forced to top up the budget and even deploy student labour to help complete the strategically vital project on schedule by December.

The agency in charge of the project, Spetsstroi, is a state organisation overseen by the defence ministry and ultimately by Putin. It builds roads and installations for defence and state security needs.

“The construction was assigned to Spetsstroi Russia without any competition and it proved unable to organise the work,” said Sergei Gorbunov, a former spokesman for Russia’s space agency.

The new Vostochny, or Eastern, cosmodrome is central to Russia’s dream of reviving the glories of the Soviet-era space programme, now marred by more than two decades of underfunding and a series of recent high-profile failures.

Vostochny’s prime advantage is its location inside Russia. That means Moscow will no longer be dependent on the Baikonur launchpad in Kazakhstan, which since the breakup of the Soviet Union Moscow has been forced to rent out at a cost of $115 million a year.

Baikonur is used for manned flights to the International Space Station, now monopolised by Russia after the mothballing of US shuttles.

Russia has an existing military launch base Plesetsk in the far north, which is used for satellite launches and testing missiles. The new cosmodrome Vostochny, like Baikonur, is closer to the equator which makes launches more energy-efficient and hence cheaper.

The new cosmodrome is 700 square kilometres (270 square miles) in area, just a tenth of the size of Baikonur.

It will need to prove it is cost-effective for international customers wanting to launch commercial satellites, a sideline that earns Russia millions of dollars annually.

Deputy Prime Minister Dmitry Rogozin, who oversees the space sector, has warned the country risked losing its status as a leader in space unless it manages to cut its costs.

The first launches at Vostochny are set for December, while the aim is for the first manned mission to take off from there in 2018.

A specially reinforced launch pad is planned for Russia’s new Angara rocket, which is currently being tested with a view to replacing the ageing Proton workhorse rockets, which have suffered two failed launches in the course of a year, losing costly satellites.

The problems at Vostochny were given massive exposure on April 16 during Putin’s televised phone-in with members of the public.

Some workers at the site spoke to the president, complaining that they had been abandoned after their contractor went bust, and had not been paid for four months.

“Just in this year, we have provided 40 billion (rubles)… And most importantly, the principal contractor has been paid in full. Why isn’t the money getting through to the subcontractors, why aren’t wages being paid? That’s a big question that calls for a scrupulous investigation,” Putin replied.

“Have no doubt, we will definitely achieve what you’re talking about — wages paid in full and you continuing your work at what really is the biggest and most important site in Russia.”

The authorities promptly announced that emergency funding would be released to cover the wage arrears. On May 18 the former contractor in charge of the site was detained under house arrest on suspicion of embezzling 288 million rubles.

Also in May, 130 students went to work at the site and a further 1,000 are set to spend their summer vacation there. The race is on to complete the cosmodrome by December.

“We have done everything we can to be proud of this cosmodrome,” said Olga Zaichenko, who heads a workers’ union created this month at the site. “We are working 24/7.”

According to Interfax news agency, Spetsstroi has asked for an additional 20 billion rubles to complete the project on time.

Experts said that the project has been hampered by the corruption and graft that entangles Putin’s Russia, but that given its high-profile it should get completed on time.

“The launch is set for December. I think that’s realistic. Naturally, they’ll be doing a lot of work to finish off what didn’t get done on time.”