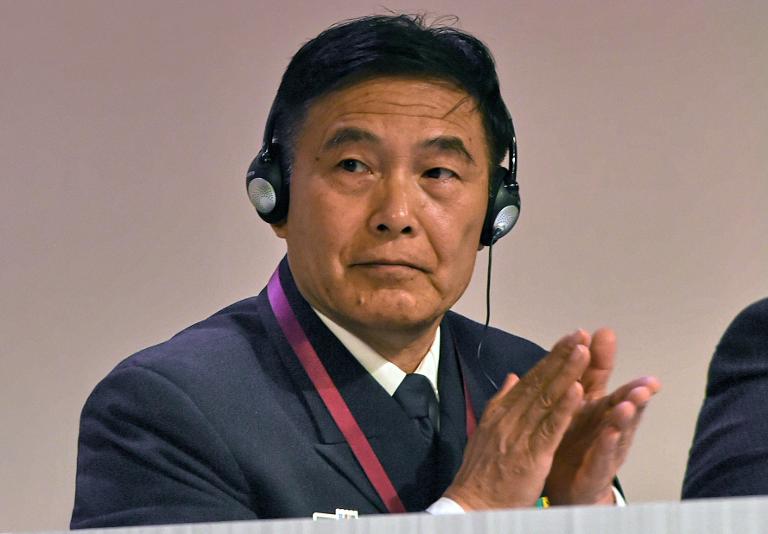 China on Sunday rejected US demands to stop reclamation works in the South China Sea, saying it was exercising its sovereignty and using the controversial outposts to fulfil international responsibilities.

Admiral Sun Jianguo, deputy chief of the general staff department in the People’s Liberation Army, told a security summit in Singapore that “the situation in the South China Sea is on the whole peaceful and stable, and there has never been an issue with the freedom of navigation.”

“China has carried out construction on some islands and reefs in the South China Sea mainly for the purpose of improving the functions of the relevant islands and reefs, and the working and living conditions of personnel stationed there.

China insists it has sovereignty over nearly all of the South China Sea, a major global shipping route believed to be home to oil and gas reserves, but rival claimants accuse it of expansionism.

“When dealing with maritime disputes with relevant neighbouring countries, China has always kept in mind the larger interest of maritime security,” Sun told the annual meeting known as the Shangri-La Dialogue.

“In spite of the sufficient historical and legal evidence and its indisputable claims, rights and interests, China has exercised enormous restraint, making positive contributions to peace and stability of the region and the world at large.”

Sun was speaking a day after US Defense Secretary Ashton Carter demanded an immediate end to all reclamation works by claimants and said Beijing was “out of step” with international norms with its behaviour in disputed waters.

Carter said “there should be an immediate and lasting halt to land reclamation by all claimants,” adding that “we also oppose any further militarisation of disputed features.”

He acknowledged that other claimants have developed outposts of differing scope and degree, including Vietnam with 48, the Philippines with eight, Malaysia with five and Taiwan with one.

“Yet, one country has gone much farther and much faster than any other.

“China has reclaimed over 2,000 acres, more than all other claimants combined and more than in the entire history of the region. And China did so in only the last 18 months,” Carter said.

Beijing has accused Washington of carrying out provocative moves in the South China Sea.

The Chinese military this month ordered a US Navy P-8 Poseidon surveillance aircraft to leave an area above the heavily-disputed Spratly Islands. But the American plane ignored the demand.

Carter said Saturday that US planes and warships will continue patrolling what Washington considers international navigation zones in the South China Sea.

Australia’s Defence Minister Kevin Andrews told the Wall Street Journal in an interview on the sidelines of the meeting that Canberra would also do the same.

“Weâ€™ve been doing it for decades, weâ€™re doing it currently…and weâ€™ll continue to do it into the future,” he said.

Representatives from claimant countries as well others from Southeast Asia and Europe urged restraint on all parties in handling the dispute.

Other delegates, including Singapore’s defence chief Ng Eng Hen, his British counterpart Michael Fallon, and the European Union’s foreign relations chief Federica Mogherini repeated calls by Carter for China and the 10-member Association of Southeast Asian Nations (ASEAN) to adopt a “code of conduct” in the disputed waters as soon as possible.

The Singapore summit, which ended on Sunday afternoon, was earlier in the day marred by a brief security lockdown after police shot dead a local motorist who tried to flee a checkpoint near the event venue in a car later found to contain drugs.

After the shooting, police officers initially told people attending the summit that the hotel was on complete lockdown, with no entry allowed. Roads and pathways leading up to the hotel, located in Singapore’s leafy diplomatic quarter, were shut off with barricade tape.

But access to the venue was gradually eased on Sunday morning. The conference proceeded normally until it ended at midday.