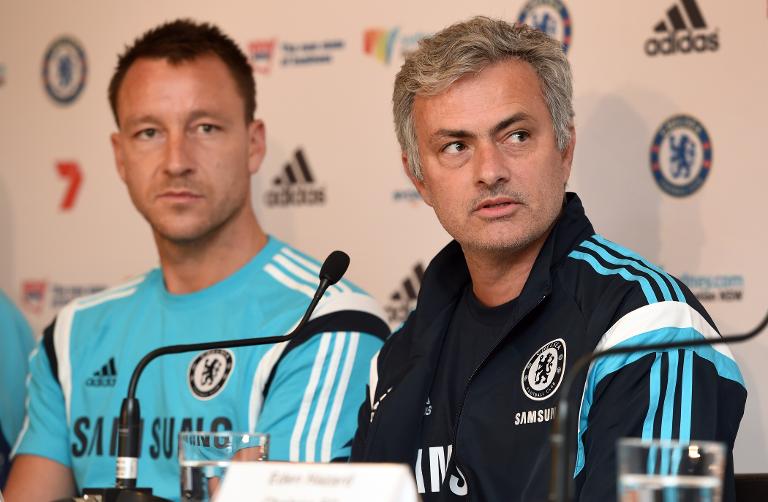 Chelsea boss Jose Mourinho says his English Premier League champions have a responsibility to field their best team and win their friendly against Sydney FC on Tuesday.

The Chelsea team was mobbed by supporters upon arrival at Sydney airport on Sunday ahead of its first match in Australia for 41 years.

Mourinho left no doubt that he was planning on playing a full strength side against Sydney FC at Sydney’s Olympic stadium on Tuesday.

“For us it’s important as a club, it’s a long time since we came here and to come one week after being crowned champions is a big responsibility.

“We always feel responsibility; we were in Bangkok, we went to the stadium and there were 45,000 in blue shirts so you can’t lose, you can’t just play for fun.”

The English Premier League champions beat the Thai All Stars 1-0 in Bangkok for the first stop on their end-of-season tour.

Chelsea skipper John Terry said the team was delighted with the enthusiastic welcome it received from waiting supporters at the airport.

“It was excellent as we came off the plane, their faces lit up and it was overwhelming,” Terry said.

“We’re used to it now, everywhere we go in the world we get that and we experienced it in Bangkok as well.

“When we first came through it was nice and polite, and then all of a sudden the boys who were filming for their Instagram accounts had to put their phones back in their pockets, but we’re really pleased with the reception.

“We’re delighted to be here, it’s a beautiful place and for many of us it’s our first time here.

“It will be huge, we’ll watch the game they played against Spurs but we know the standard will be very good and it will be a tough game.”

Organisers are forecasting a capacity 84,000 crowd for Tuesday’s game after the Spurs match drew over 71,000 fans.

Belgian Eden Hazard, the club’s Player of the Year, said his team-mates were looking to finish their season with a victory in Australia.

“The fans here are crazy but that’s good, and I hope we can show them we are here to win the game and enjoy it,” Hazard said.

“We want to finish with a victory, we won in Bangkok and now we are here to win. After that we will have a holiday, a rest and be ready for next season.”

Chelsea played 11 games during a month-long tour to Australia in 1965 before a six-match trip in 1974.