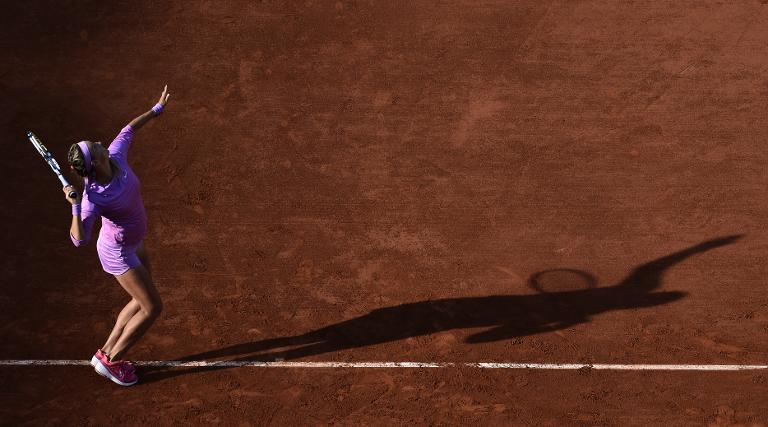 Victoria Azarenka has added her support to growing calls for a review system to be introduced to the Roland Garros claycourts in keeping with the three other Grand Slam tournaments.

Her forthright comments came after a hotly-disputed line-call at the end of the second set in her French Open third round tie against Serena Williams late Saturday.

With the American top-seed holding advantage point to level the set scores, an Azarenka drive to the baseline was called out late as Williams hit the return into the net.

The call was overturned, but the umpire ruled that the point be played again, agreeing with Williams that she had been distracted by the call.

Azarenka was immediately incensed marching up to the net and berating her opponent who replied in kind.

Asked afterwards what she thought of the incident two-time Australian Open winner Azarenka replied: “I think, my honest opinion, that call was bullshit, and everybody knows it.

“But it’s part of the game. Sometimes it happens this way. But I think it wasn’t a fair call.”

Part of the problem Azarenka believes is that the Roland Garros tradition is not to use the Hawk-Eye system of player challenges that have been used in Melbourne, London and New York for years.

This due to the fact that the balls leave a distinct mark on the dusty red claycourts used in Paris and players and umpires can usually clearly observe if a ball is in or out.

Except in this instance the play was complicated by the late line-call.

“I think that … sometimes we need to have a review. You know, to have a damn review, because it was so clear.

“You know, I give a benefit of a doubt always, that is in a 50/50 situation, there is a close call and whatever, but that was so damn clear that you cannot make these mistakes at this level.

“She had already hit the ball. The ball was touching the net and he says it’s not a late call. So for me, there definitely has to be a review on that.

“We have a Hawk-Eye, so might as well just have that. Because it’s not easy for an umpire, but it’s definitely not easy on the player when you get screwed like that.”

“So I think the review, a little TV screen? I don’t know what they have, and just look it over.”

Despite the frayed tempers Azarenka said that she had no problem with Williams with whom she enjoys a close friendship.

Asked if she had spoken to the American afterwards to “clear the air”, she replied: “We don’t have any air to clear. But I gave her a pair of my shorts because she really liked them. True story.”