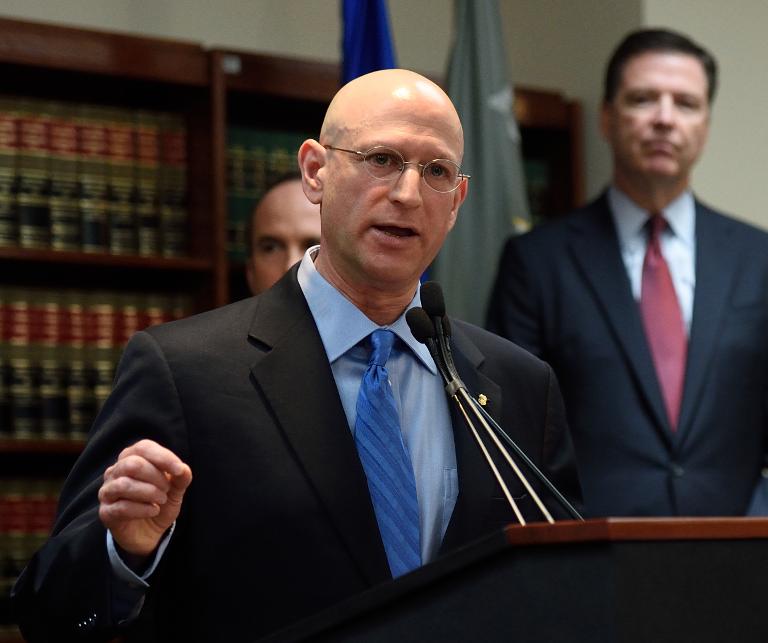 A top US federal investigator in the FIFA corruption scandal says he is “fairly confident” there will be another round of indictments in the case, the New York Times reported.

Richard Weber, leader of the US Internal Revenue Service criminal investigations unit, would not identify remaining targets of the federal probe or say if Sepp Blatter, elected Friday to an unprecedented fifth term as FIFA’s president, was among them.

“I’m fairly confident that we will have another round of indictments,” Weber told the Times.

“We strongly believe there are other people and entities involved in criminal acts.”

Two days after 14 people were charged in bribery and kickback schemes involving the global governing body for football, Weber dismissed the idea the US government was on a mission to topple FIFA’s leadership, saying the probe with the FBI and US Justice Department sought out corruption that only happened to be in global football.

“I don’t think there was ever a decision or a declaration that we would go after soccer,” Weber said. “We were going after corruption.

Federal authorities told the Times that the timing of the release of the indictments had nothing to do with the impending FIFA presidential election and was not a bid to damage Blatter’s re-election chances.

But federal agents, the report said, did think it better to wait until the gathering of FIFA officials in Switzerland for the meeting to ease the headache of making arrests of people from around the world.

FIFA and the world had been put on notice that more charges could be coming.

On Wednesday, acting US attorney for the Eastern district of New York Kelly Currie called the first indictments “the beginning of our effort, not the end.”

While the IRS is best known for chasing down tax cheats, it explored former FIFA official Chuck Blazer and uncovered a trail of corruption that coiled throughout FIFA and well beyond tax fraud, linking with an FBI probe in late 2011.

“The case starts off as a tax case against Blazer, but our involvement isn’t just on the tax aspect,” Weber said.

“Once we get involved in an international corruption case like this one, we use our financial expertise to follow the money.”

Law enforcement officials told the newspaper that Blazer recorded conversations with FIFA officials in 2012 and that by 2013, Blazer pleaded guilty to tax and corruption charges but had given federal investigators a clear view of FIFA corruption, including Trinidad and Tobago’s Jack Warner, whom prosecutors say helped steer the 2010 World Cup to South Africa.