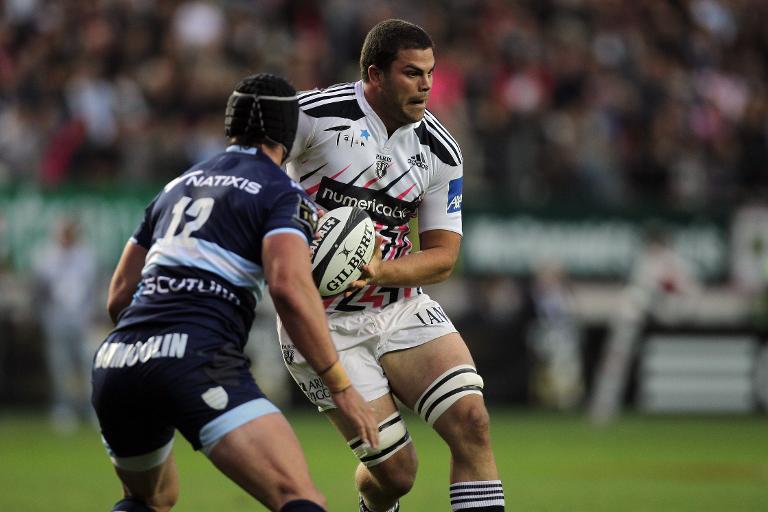 Stade Francais outclassed Parisian rivals Racing-Metro 38-15 in an end-of-season Top 14 play-off clash on Friday to set up a semi-final showdown with Toulon.

Absent from the final phase of the French championships since 2009, Stade relived their glory days with a stunning display which keeps them in the running for a 14th title and first since 2007.

Gonzalo Quesada’s side must however first get past titleholders Toulon next Friday or Saturday in Bordeaux, to keep their bid for a place in the June 13 final alive.

“I knew what they were capable of but I didn’t expect them to play 80 minutes at that level, they never let up.

“Now this has to sink in. We’re going to try to prepare this match (Toulon) with the same desire, enthusiasm, without looking too much at the statistics.

“We’re going to take advantage of the enormous confidence boost that we have certainly gained this evening.”

Racing-Metro left the Jean-Bouin Stadium with the sentiment of having come up short yet again — beaten three times by Stade Francais this season.

Waisea Nayacalevu got Stade off the mark with a try after 10 minutes and a second penalty try after 34 minutes following the sin-binning of prop Luc Ducalcon put the hosts on their way.

It was 10 out of 10 for South African scrum-half Morne Steyn — eight penalties and two conversions — to the delight of the home crowd.

For Racing Metro the only bright spark was an excellent try from scrum-half Maxime Machenaud just before the break to leave them trailing 17-7 but with hopes of a second half fightback.

Wales centre Jamie Roberts touched down for a try on 67 minutes, with Ireland fly-half Jonathan Sexton adding a penalty and a conversion, but it wasn’t enough as Racing’s international stars ended the season without living up to their billing.

“We were up against a team that were superior at a lot of levels,” said Racing backs coach Laurent Labit.

“Today’s match is a little bit a reflection of the six weeks we have had since our elimination against Saracens (European Cup).

“In three seconds at the end of the Saracens game our season fell apart. We’re going to try and rebuild next season.”

Minnows Oyonnax face the tough task of heading to 19-time French champions Toulouse on Saturday, with the winner meeting Clermont in the semi-final.