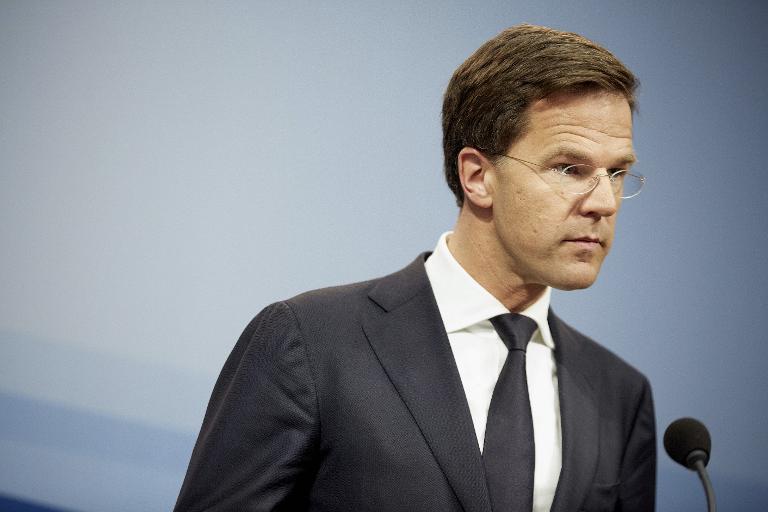 Moscow has released a blacklist of European Union politicians barred from Russia in response to EU sanctions over Crimea and Ukraine, Dutch Prime Minister Mark Rutte said on Friday.

“Russia yesterday handed over a list of people to diverse EU embassies who may not enter Russia any longer,” Rutte said at a weekly press conference, adding that two Dutch MPs and a Dutch MEP were on the list.

The list contains 89 names, according to a letter from Belgian Foreign Minister Didier Reynders tweeted by Belgian MEP Mark Demesmaeker.

The letter, which was confirmed as authentic by the Dutch foreign ministry to AFP, said Moscow had asked for the list not to be made public.

Moscow drew up the list in response to the EU’s own sanctions and travel bans over Russia’s annexation of Crimea last year and its alleged involvement in the eastern Ukraine conflict, Rutte said.

A spokeswoman for the EU diplomatic service in Brussels told AFP that Russia had barred several European politicians from entry in recent months, but had so far refused to provide a list of those targeted.

“We take note that the Russian authorities have decided to share the list. We don’t have any other information on legal basis, criteria and process,” the spokeswoman said in an email statement.

Guy Verhofstadt, head of the Liberal group in the European Parliament and a former Belgian PM, is also on the list, his spokesman Jeroen Reijnen told AFP.

“Verhofstadt is banned from entry to Russia. He is on a blacklist with around 80 people,” Reijnen said, saying the ban came after Verhofstadt called for an independent international probe into the murder of Russian opposition leader Boris Nemtsov.

Sweden’s foreign ministry confirmed eight of its nationals were also on the list, but did not reveal any names.

“It is very striking behaviour which unfortunately does not improve Russia’s image and we have asked for a clarification for this conduct,” Swedish Foreign Minister Margot Wallstroem was quoted as saying by news agency TT.

Rutte meanwhile said the Dutch government rejected Russia’s action and would let “Moscow know so in no uncertain terms”.

The list “was not based on international law, was not transparent and could not be challenged” in a court of law, he added.

Berlin demanded that Moscow make the list public as well as how to contest it.

“The (German) government expects the Russian authorities to publish any ‘barred’ list as well as the judicial means of contesting it,” the German foreign ministry said in a statement.

“The people on this list must immediately know about it. They have the right to know the reasons and appeal,” Berlin said.

Moscow on Sunday turned back German MP Karl-Georg Wellmann, who has strong links to Ukraine, from Moscow airport, despite his having been invited to take part in political discussions.

The Russian authorities put him back on a plane for Berlin and slapped an entry ban on him until 2019, German media reported.

“In Wellmann’s case, the German government will demand transparency and legal rights for each comparable case,” Berlin said on Friday.

Russian deputy foreign minister Alexei Meshkov said on Wednesday that Moscow could think about making the names of those barred known in the wake of the Wellmann incident.

“We feel that our policy aimed at protecting the personal information of those on the list of those barred from entering Russia is better than that of our Western partners of shouting names from the rooftops,” he said, according to Russian news agencies.

Anyone who thought they might be barred from entry could go to a Russian embassy to find out, he said.

Russia’s ambassador to the EU, Vladimir Chizhov said last week that “no one is (barred) by chance” but that the list did not include “leaders or high officials.”

Russian President Vladimir Putin strongly denies backing the insurgency in eastern Ukraine that erupted after a pro-Kremlin president was ousted in February 2014. The fighting has killed more than 6,300 people so far.

The Kremlin hopes a current shaky ceasefire will prompt the European Union to lift some of the more punishing sanctions against Russia in the next few months.