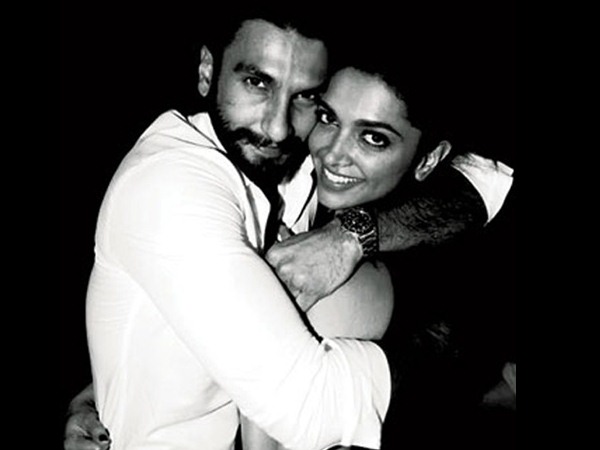 Ranveer Singh and his alleged girlfriend Deepika Padukone may have not gone public with their relationship status, but they definitely make a handsome couple.

The duo has been in the news for their alleged love affair for a long time. They worked together for the first time in Sanjay Leela Bhansali’s Goliyon Ki Rasleela: Ram Leela.

They made for an interesting onscreen jodi and an even more interesting one off it. Ranveer and Deepika have been spotted together several times, but always remained mum about their alleged relationship.

Talking of the â€˜Ram-Leelaâ€™ couple â€“ Deepika and Ranveer â€“ first, we all love this duo, no doubt in that.

While Deepika rules the bylanes of Bollywood and youthâ€™s hearts in equal measures, Ranveer is the â€˜guruâ€™ of cool. He defines his own style, own innuendoes and own wardrobe.

After a bad breakup with another heartthrob of Bollywood Ranbir Kapoor, the dimpled actress found love in Ranveer again.

Ranveer used to chase Deepika from set to set from Dubai to Dombivilli.

According to latest buzz, Deepika and Ranveer, slowly and steadily heading forward in order to accept their relationship in public.

Recently, Deepika was seen with all praise for her rumoured boyfriend Ranveerâ€™s performance in his upcoming family drama â€˜Dil Dhadakne Doâ€™.

The 29-year-old actress, who recently watched the multi-starrer, said she is proud of him.

â€œAnd you @RanveerOfficial… YOU can do THIS ALSO!!?? #incredible! Soo proud of you! (and no… Iâ€™m not being biased…),â€ Deepika posted on Twitter.

A similar tweet was posted by Ranveer, 29, after he watched Deepikaâ€™s latest release â€˜Pikuâ€™, where she played a daunting daughter to an ageing hypochondriac father (Amitabh Bachchan).

â€œPure magic in the performances by @SrBachchan @irrfan_k & a career-best display from @deepikapadukone… Bravo!! (And no, Iâ€™m not being biased),â€ he had tweeted.

Deepika, in her earlier tweets, also heaped praise on the Zoya Akhtar directed film and said the film is her most awaited one.

â€œCanâ€™t get over what I just saw!!! My most awaited film of the year!!! #DilDhadakneDo #5thJune #MustWatch.â€

In the film, Ranveer romances Anushka, with whom he was earlier linked. The film releases onÂ June 5.

Deepika and Ranveer, who came close during the shoot of â€œRam Leelaâ€, will be next seen together in Sanjay Leela Bhansaliâ€™s â€œBajirao Mastaniâ€.