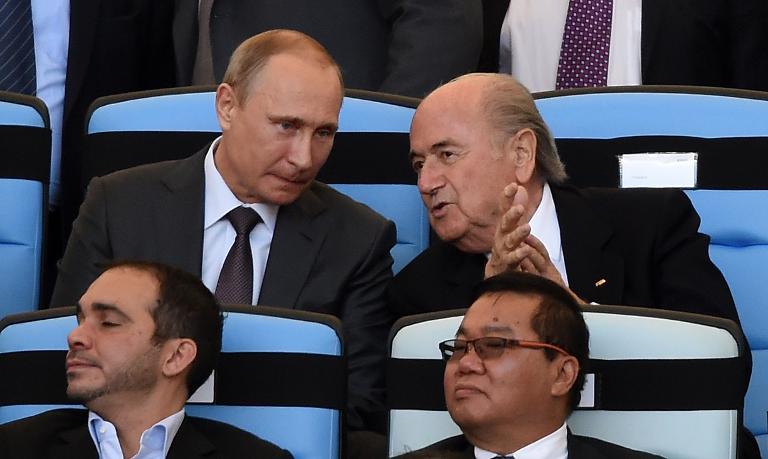 Blatter — who has led FIFA since 1998 — won a fifth term as president on Friday when his challenger Prince Ali withdrew after the first round of voting.

Putin — who is gearing up to host the next World Cup in 2018 — had lashed out at a US probe that saw top FIFA officials dramatically arrested ahead of the vote as an attempt to stop Blatter’s re-election.

Moscow has portrayed the American investigation into FIFA’s alleged mammoth corruption as a ploy aimed at pressuring the organisation into scrapping the World Cup in Russia — which is part of a second investigation but by the Swiss authorities — due to tensions over Ukraine.

In congratulating Blatter, Putin “again pointed out that Russia is interested in cooperating with FIFA in general and in particular over the preparations for the 2018 World Cup,” Peskov said.

Blatter had faced calls from European nations to resign after the end of the presidential campaign was overshadowed by the arrests of seven officials, including two vice presidents, accused by US authorities of taking tens of millions of dollars in bribes.

Most of Europe’s 53 votes went to Prince Ali, along with the United States and Australia. But Blatter’s rockbed support in Africa and Asia saw him through.

A separate Swiss investigation is also currently looking into alleged wrongdoing in the allocation of the 2018 World Cup to Russia and the 2022 edition to Qatar.