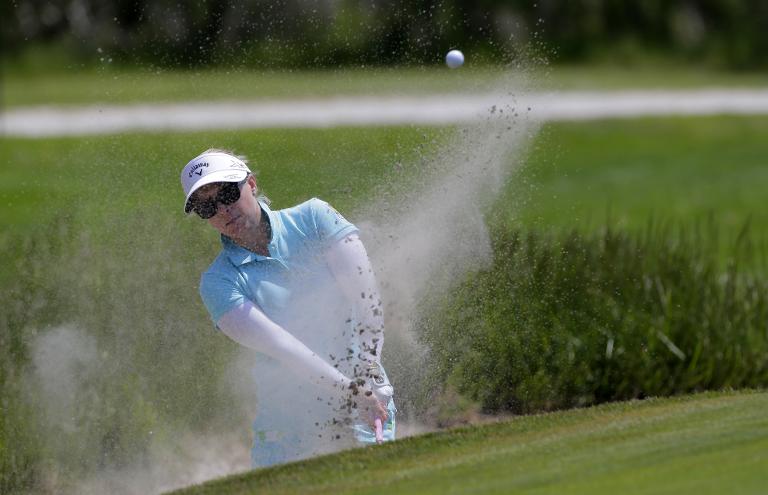 American Morgan Pressel fired a five-under par 66 to seize a one-stroke lead after the opening round of the Shoprite LPGA Classic.

Pressel, second at last month’s LPGA Swinging Skirts Classic and seeking her third LPGA title, closed with an eagle at the par-5 ninth to claim the lead.

“I didn’t honestly know where it was,” Pressel said. “I thought it might be short of the green. I couldn’t see it and nobody clapped, so I had no idea where this ball is, and kind of came up just far enough over the hill to where we could see it and I was like, it’s right next to the hole. OK. I’ll take it.”

Pressel answered a bogey at 14 with birdies at 16 and the par-5 18th, then birdied the par-5 third and the fifth before stumbling again at the sixth, setting up her birdie-eagle finish.

“I really didn’t put myself in a whole lot of trouble,” Pressel said. “I wouldn’t say that I certainly had the best game out there. I felt like I made a few mistakes. Butâ€‘I guess I just made a few mistakes, and I didn’t play all that well, but then I came down birdie at eight and eagling the last hole. That definitely helps.”

Pressel, who was third at the ANA Inspiration in the year’s first major, has found her form after struggling in early season events in Asia.

“I feel better about my game, even to not have really my best game, but still manage to get the ball in the hole and shoot five-under. I don’t know that I could have done that a couple of months ago, and that’s also a mental thing as well, mental toughness,” she said.