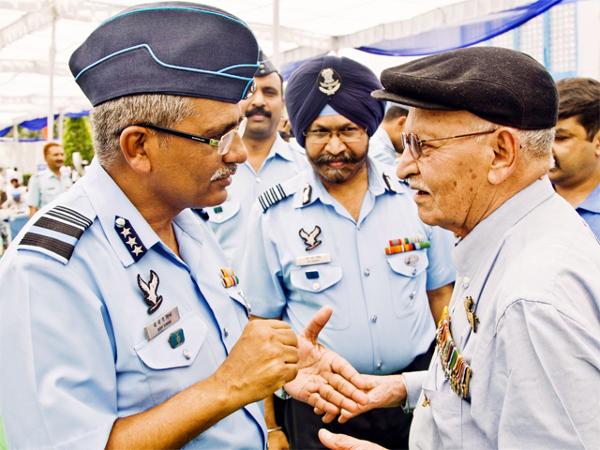 The Narendra Modi Government has tried and is trying ways to ensureÂ that areas that got neglected by previous governments are given theirÂ due. With his foreign visits sealing many-a-significant deals, theÂ NaMo brigade has also been focussing on issues closer home.

The Modi-led government understands the importance of defence. ThatÂ was why, perhaps, the Rafale deal featured on Modiâ€™s priority listÂ when he visited France earlier this year. Back home too, defence andÂ ex-servicemen are now being treated with the respect they deserve. OfÂ many steps that are being planned, the first among them is theÂ implementation of the one-rank, one-pension (OROP) policy forÂ ex-servicemen.

What is this?
Â

One rank-one pension policy is aimed at ensuring that all retiredÂ soldiers, who have the same rank and the length of service receive theÂ same amount of pension, irrespective of their date of retirement.Â Currently, all those soldiers who retired before 2006 receive lessÂ pension than their counterparts and even their juniors.

As of now, every government that has campaigned for the elections hasÂ made tall promises — of implementing this much-awaited policy for theÂ ex-servicemen, but none has yielded fruitful results thus far. SoÂ irked is the ex-servicemen community with this lack of action, thatÂ many of them have held rallies and returned their medals as a mark ofÂ protest.

Why the inaction so far?

It had been said that implementation of the OROS has been hit byÂ roadblocks thanks to financial, administrative and legal hurdles,Â which had often been cited as reasons to put it on hold. In fact, inÂ 2011, the Department of Ex-Servicemen Welfare of the Ministry ofÂ Defence had claimed thatÂ  documents of military personnel are weededÂ out after 25 years, which would make implementation of this policyÂ impossible.

No, it isnâ€™t. All required details are available in a document calledÂ ‘Long Roll’ which is maintained in perpetuity in terms of Regulation
592 of the Regulations for the Army.

In a tweet, the PM said, “On OROP – the Govt is committed to OROP &Â there’s no doubt about it.” However, we canâ€™t be very sure whenÂ finally this policy will be rolled out.

On Friday, defence minister Manohar Parrikar had said that there is noÂ timeframe that could be specified for its implementation. This wasÂ because there were still a couple of administrative steps pending.

“There cannot be a date specified to implement OROP. This scheme wasÂ not understood by the previous government properly. There are manyÂ fine prints and aspects that need to be considered. After taking a lotÂ of time, I have crystallised the department…There are two-threeÂ administrative steps that are still pending,” Parrikar said.

(With inputs from agencies)
Â