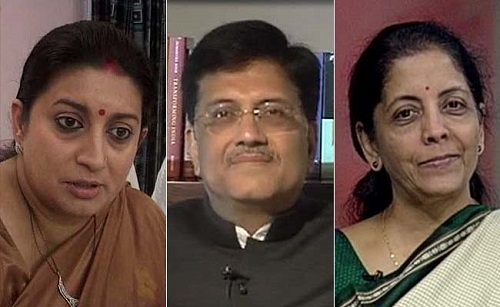 New Delhi: Here’s your chance to get inside the Modi bureaucracy.Â Everything that you wanted to know is now going to be out in the open.

As part of its initiative to highlight the achievements of the ModiÂ government in the last one year, three Union ministers will answerÂ your questions posted on Twitter.

Given Modiâ€™s penchant for optimal use of social media, this comes asÂ no surprise that the government is using Twitter to reach out toÂ people to celebrate the party and government being in power for aÂ year.

The 90-minute programme will start atÂ 6pm, the information andÂ broadcasting ministry said in a statement.

Â “Participants in the social media space can post questions on TwitterÂ which would be answered by the guests (ministers) in real time. TheÂ users may use the hashtag #AskYourGovt to post their queries to theÂ Twitter handle of the Ministry @MIB_India,” it said.

The event, which is part of government’s initiative to highlight itsÂ achievements during one year in office, would be webcast live onÂ YouTube channel of the I&B ministry,Â pib.nic.in,Â india.gov.inÂ and DDÂ News.

This will also be the first time that three ministers will take upÂ people’s queries simultaneously during a talkathon session.

Talkathon was introduced at the International Film Festival of IndiaÂ last year, followed by one with railway minister Suresh Prabhu afterÂ he presented the Rail Budget in Parliament, the ministry said.