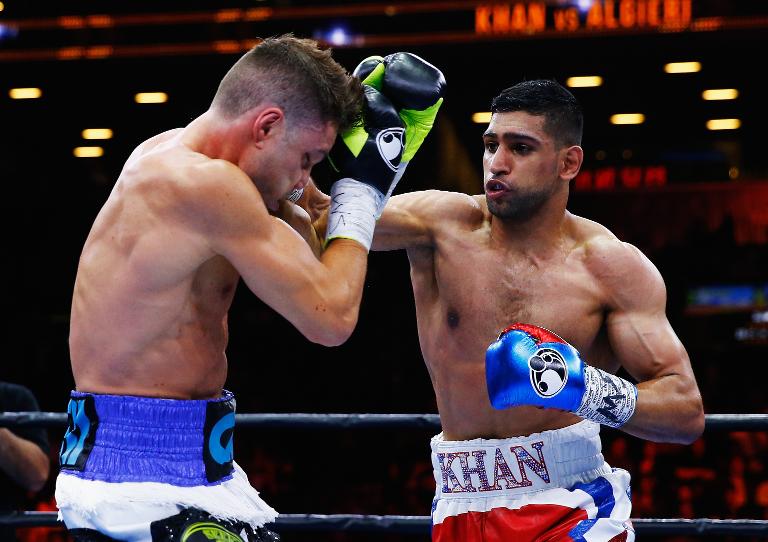 Algieri fell to 20-2 with his second defeat in a row, the other coming last November at Macau at the hands of Filipino star Manny Pacquiao — who lost to treble world champion Mayweather in boxing’s richest-ever megafight earlier this month.

“Amir Khan wants to fight Floyd Mayweather,” Khan screamed in the ring. “I want that next. I’m number one World Boxing Council (challenger). He’s the champion. So let’s make it happen.”

That might be easier said than done. Khan thought he might fight Mayweather in May last year but the US star instead decided to fight Argentina’s Marcos Maidana.

Khan kept Algieri at bay much of the night, the American landing a strong combination early in the eighth round but unable to connect often enough to claim victory.

“He come to fight, wanted to win, had his home crowd, but I came here to win,” Khan said, adding he had to resort to “Plan B” to defeat the hometown hero.

Khan said support from the crowd helped him push to the finish and secure the decision.

“The crowd really fired me up the last three rounds when Chris really came at me hard,” Khan said.