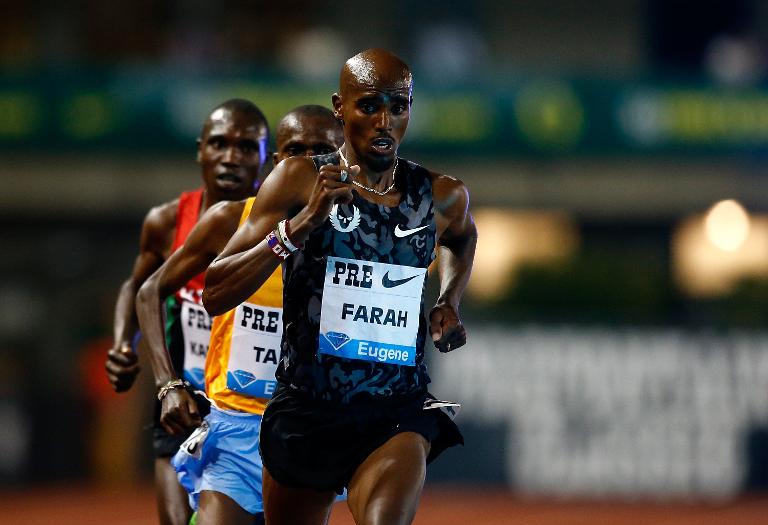 Britain’s Mo Farah pulled away on the final lap to win the 10,000m at the Eugene Diamond League athletics meeting in a season’s best time of 26min 50.97sec.

Farah, Olympic and world champion at 5,000m and 10,000m, on Friday held off the determined challenge of Kenyan Paul Tanui to continue a winning streak in the event that stretches back to 2011 — when he took silver in the 10,000m at the world championships.

Nevertheless, he was disappointed that a slow early pace left him outside the time he had in mind — somewhere around 26:30.

“It would have been good to run a little bit faster,” Farah said. “Training has been going really well, I’ve done some great sessions. My aim was to run a little faster.”

Farah’s time was more than four seconds slower than his personal best, but he had plenty left to power past Tanui, who had edged ahead going into the final lap.

All three were inside the previous best in the world this year, the 27:08.21 clocked by Tanui on May 16.

“Depends on if my body lets me,” said Farah, whose next race will be the 1,500m at Birmingham, England, in June.

With sprinters waiting in the wings for Saturday’s main slate of events, distance runners took center stage on Friday night in the third of 14 Diamond League meetings of 2015.

Ethiopian 17-year-old Yomif Kejelcha, who won the world junior title last July on the same Hayward Field track in Eugene, poured it on late to win the men’s 5,000m in a season-leading 13:10.54sec.

After home hope Galen Rupp had taken the lead with 700 meters remaining, Kejelcha powered past with 300 meters to go and pulled away for a convincing triumph over Kenyan Edwin Soi (13:11.97) with Rupp third (13:12.36).

She’s the first woman to surpass seven meters this season, but her 6.99m at Doha remains the best in the world this year in a legal wind.

Canadian Christabel Nettey was second with a leap of 6.99m, and Britain’s Lorraine Ugen third (6.89).

Reigning Olympic champion and three-time world champion Brittney Reese was fifth with a jump of 6.69m.