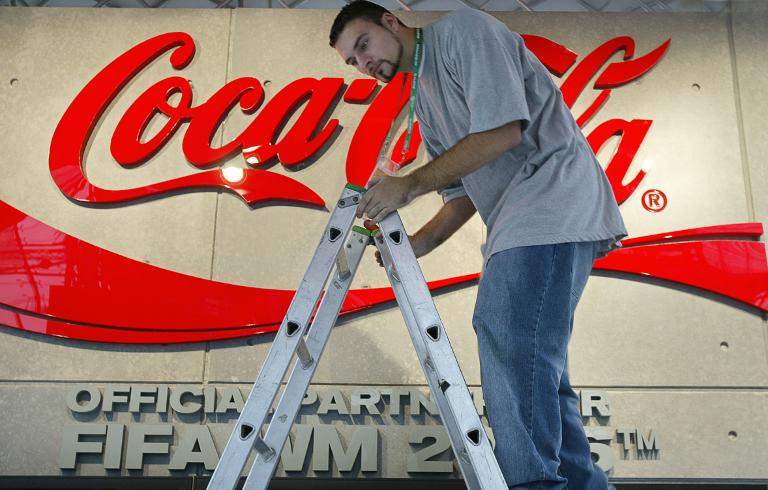 FIFA is taking action to ease the fears of sponsors over corruption scandals, world football chief Sepp Blatter said Saturday as he denied authorising a $10 million payment to a disgraced official.

A US indictment says that in 2008 a FIFA official authorized the payment of $10 million — an alleged bribe from South Africa — through a FIFA account to Jack Warner.

“Definitely, that’s not me,” said Blatter.

But amid widespread corporate anger over the arrest this week of seven FIFA officials accused of taking bribes, Blatter said he would make a personal visit to sponsors who have expressed concern.

Credit card giant Visa said it would “reassess” its sponsorship of FIFA unless it starts “rebuilding a culture with strong ethical practices.”

Even after Blatter’s re-election on Friday, Coca Cola called for “concrete” action “to begin winning back the trust it has lost.”

Blatter told a press conference “we have had contact with the sponsors last week when such declarations came. We have exchanged letters and we start to bring back the reputation of FIFA.

“I’m sure we will bring them back all in the right situation and have planned a personal visit to the organisation of these sponsors.”

Blatter played down the importance of the US indictments for FIFA, insisting they involve an American marketing company.

“I don’t see how Fifa should have been directly affected by this,” he said.

US authorities have indicted 14 football officials over $150 million in bribes paid for sports media and marketing contracts in North and Central America.

The indictment says that in 2008 a bribe of 10 million dollars was paid to Warner, a former head of the North and Central American confederation, Concacaf, and now one of those charged.

“A high-ranking FIFA official caused payments … totalling 10 million dollars – to be wired from a FIFA account in Switzerland to a Bank of America correspondent account in New York … controlled by Jack Warner.”

Blatter said: “I don’t go into these allegations. If such a thing is under investigation let it go and definitely that’s not me.