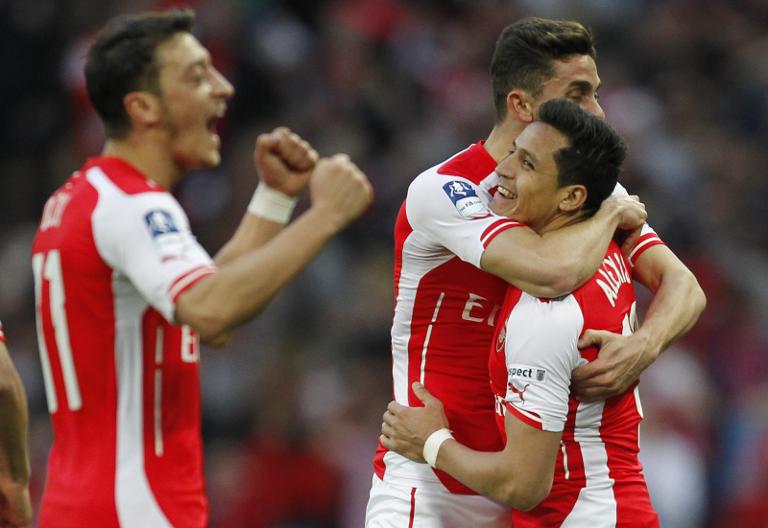 Arsene Wenger would love to silence his critics by making history when holders Arsenal take on Aston Villa in the FA Cup final on Saturday.

Wenger heads to Wembley on the cusp of an historic double achievement that would go some way to answering the doubters who claim he has lost his touch in recent years.

Frustrated by Arsenal’s failure to win the Premier League since 2004 and their inability to make an impact in the Champions League, even some Gunners fans have turned on Wenger over the last two years.

Verbally abused at a railway station following defeat at Stoke and forced to endure the indignity of supporters holding banners calling for his sacking, the Arsenal manager has maintained a dignified stance in the face of extreme provocation this term.

But that isn’t to say the jibes don’t sting Wenger and, after a strong second half of the season saw Arsenal climb to a third place finish in the Premier League, the 65-year-old has an opportunity to further reassert his credentials by retaining the FA Cup.

A victory over Aston Villa would make Wenger the first post-war manager to win the FA Cup six times, taking him ahead of Alex Ferguson and level with George Ramsay — the only manager to have won six FA Cups, with his last coming in charge of Villa in 1920.

There would also be a significant slice of history for Wenger’s club if they lift the famous old trophy as it would make them the most successful team in the history of the competition with 12 Cup-winning campaigns.

Wenger acknowledged the achievements would be well worth celebrating, but he was keen to keep the focus on ensuring his players don’t waste the opportunity to claim only Arsenal’s second piece of silverware in 10 years.

“It’s not easy. I would love to do it but I’m not honestly focused on that,” Wenger said

“I’m more focused on the fact that we have fought so hard to get there. Now we want to finish the job.

“We have been remarkably consistent since January and that’s why I think we have a good chance next season.”

With the fragile confidence of his players a major concern in previous big matches, Wenger may not have been pleased to hear Arsenal midfielder Jack Wilshere claim his team’s season will have been a failure if they lose on Saturday.

“I think that will define if we have a good season or not,” Wilshere said.

“We wanted to get to second this year but unfortunately we couldn’t manage that so now we’re looking to finish the season off with the cup.”

Arsenal will go into the match as favourites after routing their Wembley opponents 3-0 and 5-0 in their two league encounters and finishing 14 places above them this season.

But those defeats came before Tim Sherwood replaced Paul Lambert as manager in February and sparked a revival that pulled Villa clear of the relegation zone and into their first FA Cup final since 2000.

The former Tottenham manager’s effervescent personality lifted spirits at a club previously stuck in a damaging spiral of underachievement and Sherwood has no doubts Villa can end their 58-year wait to win the Cup if they produce the kind of dynamic display that vanquished Liverpool in the semi-finals.

“We know we are the underdogs, we know that Arsenal have been there and done that,” Sherwood said.

“They are the holders of the trophy and it is going to be very difficult for us but we are not just there to make the numbers up, but to give them a good game.

“The boys performed on a big stage against Liverpool and we thoroughly deserved to win that game and we are hoping we can do the same against Arsenal.”