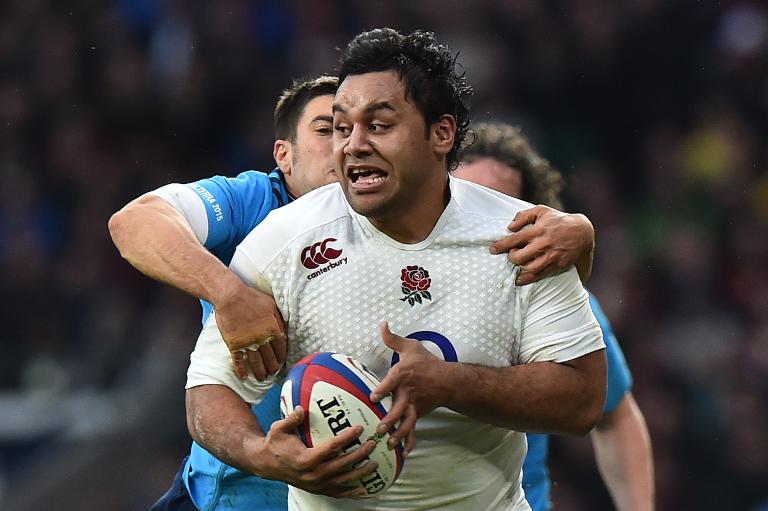 Billy Vunipola is relishing a heavyweight collision with a rugby league convert bidding to gatecrash Stuart Lancaster’s World Cup line-up when Saracens face Bath in the English Premiership final at Twickenham on Saturday.

Bull-dozing Saracens No 8 Vunipola hopes to use the showpiece match as the perfect end-of-season sign-off to display his formidable strength and power in the back row.

But one man he expects could cause him and his teammates plenty of trouble is former Bradford Bulls and South Sydney Rabbitohs hero Sam Burgess, now with Bath.

Burgess, who weighs in at 18st (143kg) but is still two stone lighter than “Big Billy”, has been called up for England coach Lancaster’s training camp with the chance to make the tournament hosts’ final 31-man World Cup squad announced at the end of August.

While Vunipola said Burgess was still learning the union ropes, he expected a fierce battle on the field.

Vunipola, 22, who was born in Brisbane to Tongan parents, said of some-time centre Burgess: “He’s a tremendous rugby player. I think the back row is probably his best position because of how strong he is and how he plays the game.

“The shape and build of the guy is more suited to that position.

“He has a similar frame to Manu Tuilagi but is not as quick.

“That’s probably one of his downfalls but he adds a different dimension to the back row with the lines he cuts.

“No offence to him, but he possibly wants to be one of the backs because it’s a little fancier but I see him in the forwards,” Vunipola added.

Saracens, who finished fourth in the Premiership table with Bath runners-up, hope to exorcise any mental demons still left over from last year’s double final misery when they lost the European and domestic titles to Toulon and Northampton on successive weekends.

London club Saracens, the 2011 English champions who defeated Northampton in their semi-final this season, have a poor recent play-off record.

And Vunipola, capped 17 times by England, was well aware what was at stake for both him as a player and Saracens as a club on Saturday.

“It’s a big test for me. It’s a big stage and if you want to be considered one of the best players in your position you have to shine on these occasions. This is where you have to step forward and show people your true ability.”

He added: “I didn’t play in the Autumn (November) internationals but stepped back, took a look at myself and put in some extra work to get back to where I wanted to be. Now I’m in good form.

“Beating Saints last weekend was very satisfying because we’d lost to them twice already this season and they are a tough team to beat.

“Bath are a good side and they have real attacking options in George Ford and Jonathan Joseph who are crucial players for them.”

Bath, however, want to make sure their first Premiership final appearance since losing to Wasps in 2004 is not a bitter ending to a memorable season where they have re-established themselves as a real force.

Honours were even in the two Premiership games this season between the the sides.

England fly-half Ford, who hopes to be wearing the No 10 jersey when his country open their World Cup campaign against Fiji on September 18, said composure was the key to success on Saturday.

“Finals tend to be very tight and very tense, so a lot could come down to which team stays in control and on the right side of the referee,” Ford said.

“You have to play to the limit but know when to stay calm. We have had a fantastic season but it will only be a great one if we get that trophy in our hands.

“It is all about getting the job finished and then enjoying it.”