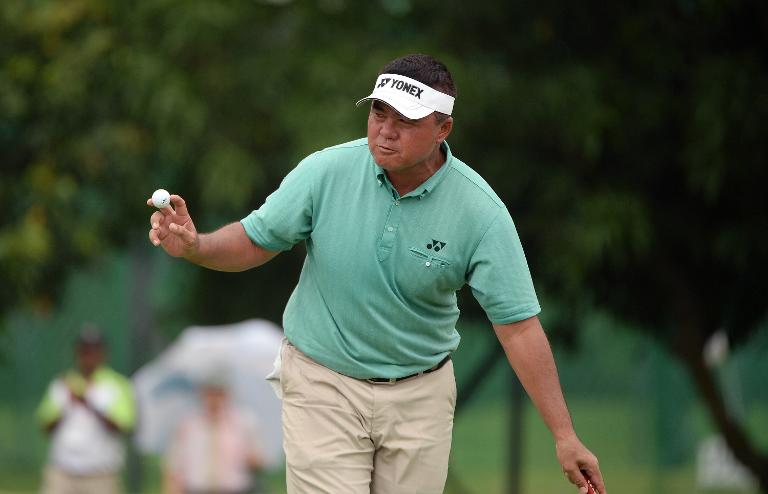 Mardan Mamat birdied the last hole to pull three shots clear at the top after shooting a three-under-par 68 in the third round of the inaugural Bangladesh Open in Dhaka on Friday.

The 47-year-old Singapore veteran, a winner of four Asian Tour titles, continued his dominant form with a combined score of 12-under-par 201 in the $300,000 event at the Kurmitola Golf Course.

Khalin Joshi of India, who shot a 65 on the third day, goes into Saturday’s final round in second place at 204, with Lee Soon-min of South Korea on 205 and Janne Kaske of Finland on 206.

Mamat, who started the round with two birdies, seemed visibly affected by the heat and high humidity, but still managed to find a 10-foot birdie on the last hole.

“I lost my concentration on the back nine because of the heat,” he said. “I drank a lot of water to regain my focus. It was a long day and I was exhausted in the last three holes.”

Mamat, however, refused to take victory for granted on Saturday despite the three-shot advantage.

“I feel Iâ€™m getting closer to another win, but I will not take whatever lead I have for granted,” he said. “I have an advantage but I must focus and make sure I do what Iâ€™m supposed to do.”

Joshi, 22, had an eagle on the 14th hole and closed with two birdies to bring himself into contention for a maiden Asian Tour title.

“I am really excited because Iâ€™ve been waiting for this moment,” he said. “I had put myself in position to win an Asian Tour title before, but was unable to close. Hope my putter holds up.”

Leading scores after the third round at the par-71 Kurmitola Golf Course: