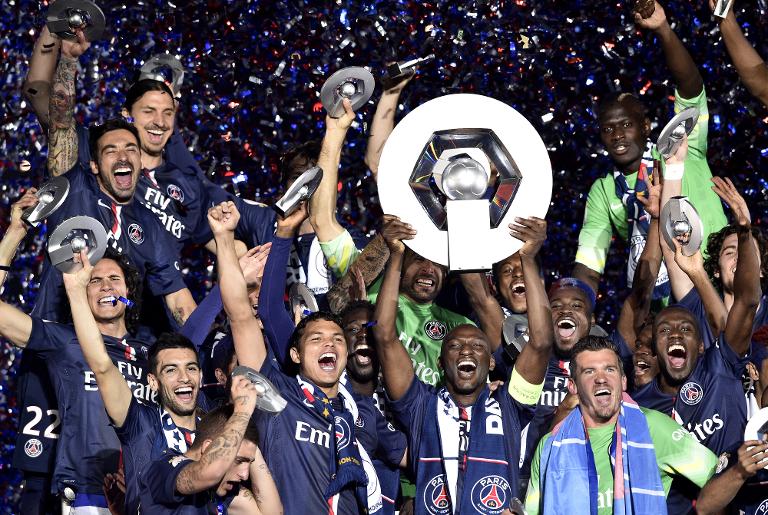 Paris Saint-Germain are overwhelming favourites to become the first French club ever to complete a clean sweep of the domestic honours as they take on second-tier Auxerre in the French Cup final on Saturday.

The capital giants head to the Stade de France having already won a third consecutive Ligue 1 title as well as retaining the League Cup and also securing the season-opening Champions Trophy back in August.

Laurent Blanc’s side have shown themselves to be a step ahead of all their rivals at home in 2014-15 and it would be one of the all-time great shocks in the history of the French Cup if they failed to get the better of an Auxerre side who are nothing like the force they once were.

“The goal at the start of the season was to win every competition. This game can be a beautiful end to the season for us. We have the possibility to make history, which we are all eager to do,” said goalkeeper Nicolas Douchez, who has got the nod ahead of Salvatore Sirigu in the domestic cups this season for Paris.

PSG, one of the richest clubs in world football, are bidding to win the French Cup for the ninth time and the first since 2010.

Auxerre, meanwhile, have just finished ninth in their third successive season in Ligue 2. They won the French Cup four times from 1994 to 2005 but those glory days seem a long way off now.

While the club from the small city in Burgundy knocked out holders Guingamp in the semi-finals, they failed to win any of their last seven league games of the campaign.

In contrast, PSG ended the season by registering nine successive top-flight wins for the first time in their history and inspired by the goals of Edinson Cavani, who has scored 12 in his last eight domestic appearances.

The capital club will be without the suspended Javier Pastore so Ezequiel Lavezzi and Lucas are fighting for a starting berth, while Zlatan Ibrahimovic should start despite struggling with a minor calf problem.

Thiago Silva went off early last weekend with a thigh injury and Marquinhos will move from right-back into central defence should the skipper miss out.

While Blanc and Ibrahimovic took time out from their final preparations on Thursday to catch Novak Djokovic in action at the French Open tennis, the Auxerre squad were already off to an exclusive hotel in Chantilly, north of Paris, to get ready for the game.

Auxerre, coached by Jean-Luc Vannuchi, have no household names, their key player being captain Sebastien Puygrenier, the giant central defender who won the League Cup with Nancy in 2006 and played in the Monaco side beaten by PSG in the 2010 French Cup final.

Vannuchi can also call on several talented youngsters who helped the club win the national Youth Cup at the Stade de France a year ago, including Gregory Berthier, a promising midfielder who was in the crowd at the national stadium as a fan to watch Auxerre win the Cup in 2003 and 2005.

Guy Roux, who oversaw all of Auxerre’s Cup triumphs towards the end of an incredible four-decade coaching career at the club, rates his old side’s chances “between 20 and 30 percent.”

“But that is still something. You can do a lot with such a chance. Enjoy yourself for a start, and stop some of the Paris players from being able to switch off. I don’t think Auxerre will make a mess of their match, but everything depends on how PSG play,” Roux, now 76, told France Televisions.