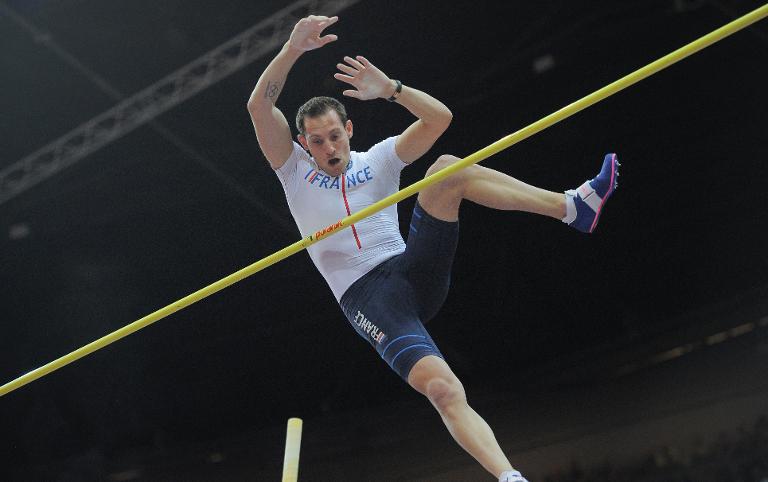 France’s pole vault world record-holder Renaud Lavillenie will make his 2015 Diamond League debut on Saturday as he returns from a bruised shoulder at the Prefontaine Classic.

Lavillenie, who won the European indoor title in Prague in March, opted out of the season-opening Diamond League meeting this month in Doha, and will be eager to resume an outdoor campaign pointed at the World Championships in Beijing in August.

There the 2012 Olympic champion will be vying to win his first outdoor world title and fill about the only gap remaining on his resume.

In the third of 14 stops on the Diamond League calendar — after Doha and Shanghai — American record-holder Tyson Gay headlines the men’s 100-meter field that also features Oregon native Ryan Bailey.

Gay, a treble world champion in 2007, is trying to revive his career after seasons marred by injury were followed by a doping ban.

He teamed with Bailey on the US 4×100-meter team that defeated Usain Bolt and the Jamaicans at the 2015 World Relays in the Bahamas.

Mike Rodgers, who also ran for the US at the World Relays, is also in the field, with Jamaica’s Nesta Carter the most likely challenger to the home-grown trio.

Britain’s European 100-meter champion James Dasaolu will also be in the spotlight as he runs his first race on US soil, and China’s Su Bingtian will also be racing for the first time in America.

American Justin Gatlin, the fastest in the world this year at 100 meter with a time of 9.74 seconds in Doha, will try his hand at the 200 meter, in which Jamaica’s Nickel Ashmeade will be among those looking to take him down.

In the women’s 100 meter, world and Olympic champion Shelly-Ann Fraser-Pryce will try to bounce back from a fifth-place flop in Shanghai as she headlines a field that includes Shanghai winner Blessing Okagbare of Nigeria.

Eighteen of 22 featured events, including 16 Diamond League disciplines, include the world leaders from 2014.

That includes high jumper Mutaz Essa Barshim of Qatar, who has already jumped 2.38 meters in Shanghai this year.

American Allyson Felix will race her first individual 400 meter of the year after posting a stellar 21.98-second 200 meter in Doha — the fastest in the world for almost three years.

Fellow US sprinter Sanya Richards-Ross is the only woman to run faster than 50 seconds in the 400 meter this year and will have the edge in experience in the one-lap race.

Kirani James and Lashawn Merritt will renew their rivalry in the men’s 400 meter. They battled to the line last year, James getting the win after both were timed in 43.97.

This year, James already has the two fastest times of 2015 and handled the field with ease in Shanghai.

Distance events are always a focus in Eugene.

Local favorite Galen Rupp will make his first outdoor start of the season in the 5,000 meter after an indoor season cut short by illness.

The women’s 5,000 meter on Saturday will feature 24-year-old Ethiopian Genzebe Dibaba, who set the indoor world record in February.