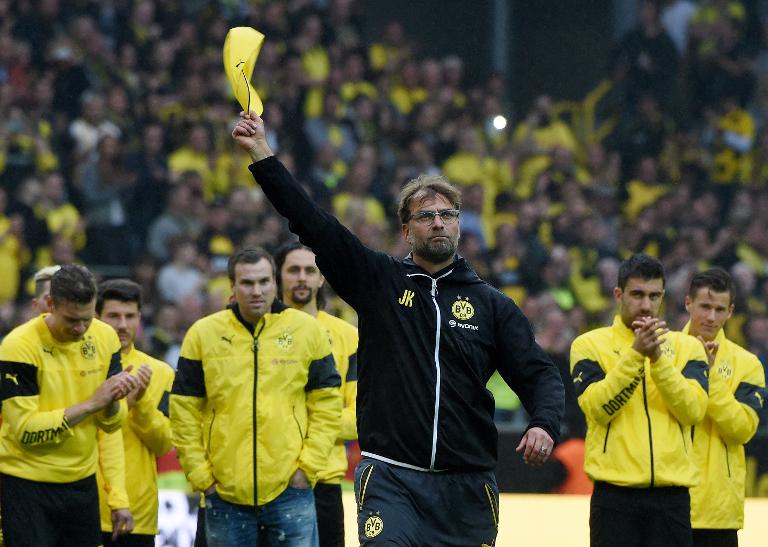 Borussia Dortmund hope to bring down the curtain on Jurgen Klopp’s seven years as head coach by lifting the German Cup on his swansong in Saturday’s final against VfL Wolfsburg.

The 47-year-old announced in April he would be leaving at the end of the season with Thomas Tuchel set to replace him as head coach next season by following the same path from Mainz.

All that remains is the cup final at Berlin’s Olympic Stadium as Dortmund hunt their fourth major trophy under Klopp after winning the 2011 league title and the Bundesliga and Cup double of 2012.

Klopp has made it no secret that he wants one more open-top bus tour through Dortmund, just like in 2011 and 2012.

They want to win the cup for the fourth time in the club’s history to send Klopp off in style along with ex-Dortmund captain Sebastian Kehl, who will retire after the game.

“The coach has always given everything for us, now we want to pay him back by lifting the trophy,” said Germany defender Erik Durm.

A victory in Berlin would also give Dortmund a direct Europa League place next season, but defeat means they would have to go through qualifying round with arch-rivals Schalke, who finished sixth in the table, going straight through to the group stage.

“It’s not really about what Schalke are up to or if Wolfsburg should lose. We just want to make sure it is us who lift the cup,” said Klopp, before his 318th and final Dortmund game in charge.

Having beaten holders Bayern Munich at the Allianz Arena on penalties in the semi-finals, victory in Berlin would go a long way to making up for a poor season by Dortmund.

Klopp’s side started February bottom of the table and eventually ended up seventh in the Bundesliga, but it was a far cry from finishing second to Bayern for the last two years.

And after finishing second in the Bundesliga to qualify directly for the Champions League, Wolfsburg, who have had little short of a dream season, are not travelling to Berlin just to watch Klopp’s fairytale finish.

“This is an especially pressure situation for the Dortmund team,” pointed out Wolfsburg’s sporting director Klaus Allofs, who won the cup as a player with three different clubs.

“It’s going to be an attack-minded game.”

Wolfsburg drew first blood with a 2-1 win over Dortmund in the league 10 days ago, but Borussia will be strengthened by having Germany winger Marco Reus and captain Mats Hummels back from injury.

“Dortmund will be a bit stronger than they were last time,” admitted Allofs, who expects some 30,000 Wolfsburg fans at the sold-out 74,475-capacity stadium.

Australia goalkeeper Mitchell Langerak is set to play between the sticks for Dortmund ahead of Roman Weidenfeller while Wolfsburg’s Ivan Perisic faces his former club.

“It doesn’t matter who is standing on the other side of the pitch, I just hope the trophy comes to Wolfsburg for the first time,” said the Croatia international who played in Dortmund’s 5-2 win over Bayern Munich in the 2012 final.