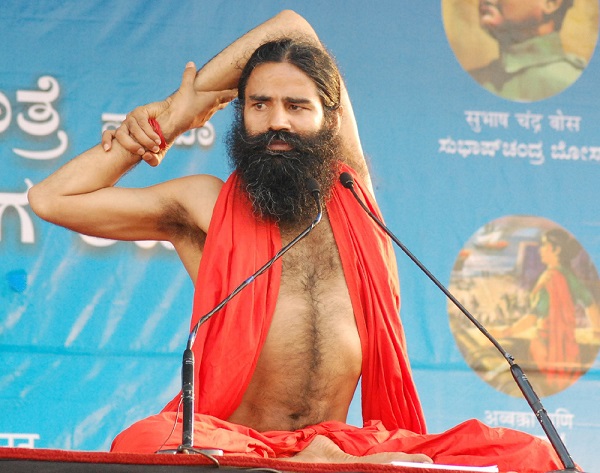 He got the move, he got the groove. He winks like itâ€™s nobodyâ€™s business. Love him or hate him, but Baba Ramdev, credited with bringing yoga into the living room of the middle class, just can’t be ignored. Be it is gas-relieving asans or his political commentary, Baba Ramdev has always been in news.

His line of products, Patanjali have rave reviews and a huge, loyal fan following. Let me admit that my husband too is a part of that bandwagon. But then, the question isnâ€™t really about that. The question is does being a yoga guru give special rights? I guess not.

Now, of the innumerous times the Indian media has discussed him, the latest one involves his brother Ram Bharath, whoâ€™s now in a 14-day judicial remand for having allegedly killed a certain Daljeet Singh, a 42-year-old man, when clashes broke out in a Patanjali food court.

Upon searching the area, seven rifles and several lathis were seized.

It was a food court, what was the need of the lathis or rifles?

Earlier too, Baba had invoked ire from the masses thanks to some controversial products on the racks of his store. A product called ‘Putrajeevak Beej’ was found from Divya Pharmacy that promised the delivery of a male child. Recently being appointed the brand ambassador of Haryana, this wasnâ€™t what the doctor ordered for Ramdev. Soon after, he tried brushing things under the carpet and the busy bee media had better things t follow up, thanks to which the whole furore died a natural death.

Apart from his controversies, he is also one of the favourite of the meme makers. His long locks, his unruly beard and forever winking has also made him the butt of ridicule many, many times. Check out this video if you are not sure of what Iâ€™m talking about.
Â