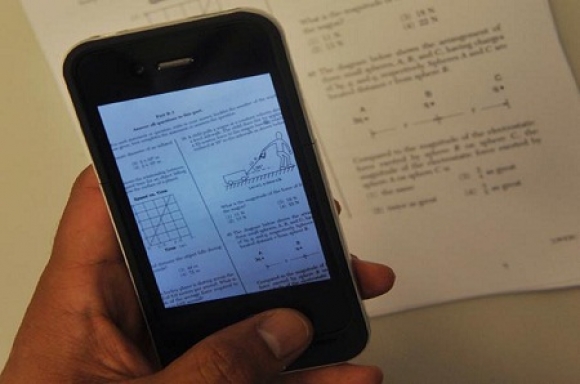 When mothers tell their children that whatsapp-ing will not help them pass in their exams, theyâ€™ll have to think twice, because apparently, it does!

It seems that the economics paper for BCom final of the School of Open Learning (SOL), Delhi University, was allegedly leaked on WhatsApp, hours before the exam was scheduled.

As expected, this disaster led to blame game and denial, with SOL officials refuting that the paper was leaked.

Chairperson of the Campus of Open Learning and governing body of SOL, CS Dubey, termed the incident as “mischievous”. “This was done by some mischievous elements and I have no information on any leak. Whoever sent those images must have modified them. The papers were opened in front of the observers in the colleges and no one reported any such issue.”

This isnâ€™t the first time though. In November 2014, 5,000 students from SOL were caught indulging in unfair means during their annual exams.

Now, the question is, is it really helping?

There have been many instances where mobile phones have been taken into the exam centres to pass via unfair means. There are two ways of looking at this. One. the pressure to pass or excel is so high that people are willing to take all chances. Two, the concerned authorities are either dumb, or are pretending to be.

In any case, our education system is beginning to rot. While the ones studying sincerely end up getting modest marks and jobs, the ones indulging in such unfair means progress at lighting speed.

This also makes the sincere students form doubts about going the right way and they too, sooner or later, might end up choosing the easier root.

All in all, technology has just began to breed vice. And we have to stop it.