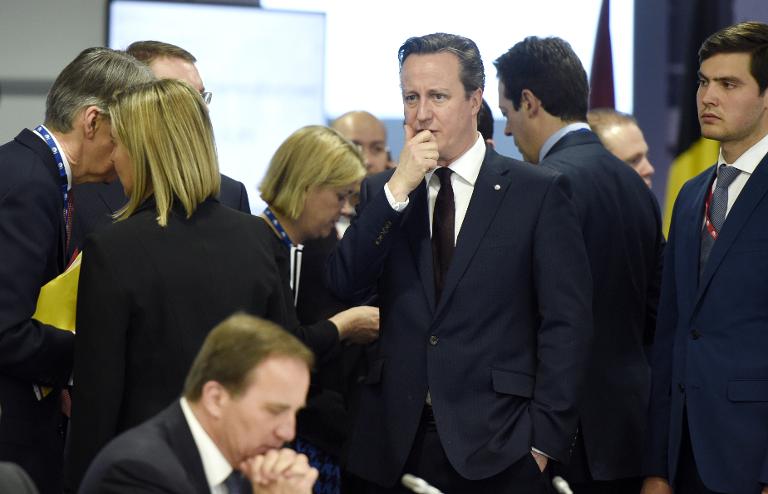 Prime Minister David Cameron starts a whirlwind two-day tour of European capitals including Paris and Berlin Thursday in a push to secure EU reforms before a referendum on whether Britain should leave.

Cameron will meet the Netherlands’ Prime Minister Mark Rutte in the Hague Thursday before having dinner with French President Francois Hollande in Paris.

French Foreign Minister Laurent Fabius said they would “listen to him and see what he proposes.”

“He launched this referendum project, it is something very risky. We hope Britain stays in the European Union, nevertheless there are things that need to be improved.”

Fabius said that France was in favour of a simplification of the functioning of the 28-nation bloc.

“But even though we say yes to an improvement of the Union, we cannot agree with its breakup.”

On Friday, Cameron will hold talks with Polish Prime Minister Eva Kopacz in Warsaw before flying to Berlin for a working lunch with German Chancellor Angela Merkel.

He set off as it emerged that British voters will be asked: “Should the United Kingdom remain a member of the European Union?” in the referendum.

The vote, which is going ahead after Cameron’s centre-right Conservatives won a clear majority at this month’s general election, is scheduled to take place sometime before 2017 but could come as early as next year.

Cameron said Wednesday that he hoped the legislation paving the way for the referendum, which is formally being published Thursday, would pass through parliament in “extra quick time”.

He intends to speak to every leader of the 28-nation EU before a summit in Brussels next month which is expected to discuss the proposed British reforms.

A planned stop in Copenhagen for talks with Danish premier Helle Thorning-Schmidt Thursday was cancelled after she called a general election for June 18.

Cameron wants to secure a string of reforms from the EU before the referendum including making it harder for EU migrants to claim state benefits in Britain and opting out of the commitment to “ever closer union”.

If he can secure these, he says he will campaign to stay in the EU. Most opinion polls currently suggest voters would also back remaining part of the bloc.