Home Sports Stupid Milanista youre going to die for Juventus! 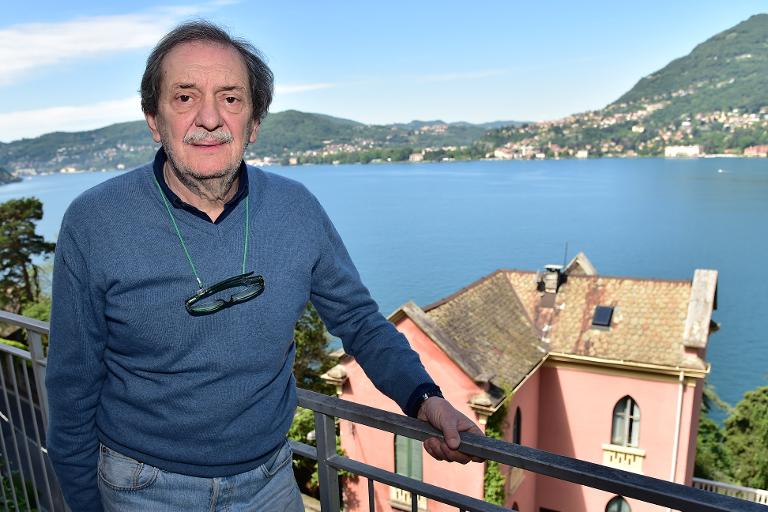 Luciano Barelli was 35 years old and an AC Milan fan when he escaped with his life from the Heysel football stadium disaster that claimed the lives of 39 fans on May 29, 1985.

Having “struggled” to get to section ‘Z’ set aside for Juventus and neutral fans, he was immediately stunned by the lack of security to keep fans separated from the adjacent ‘X’ and ‘Y’ sections set aside exclusively for Liverpool fans.

“In the middle, a simple piece of wire netting was the only thing separating us,” he told AFP from his home on the shores of Lake Como north of Milan.

When Liverpool fans charged section ‘Z’ an hour before kick-off, a wave of panic sent fans scurrying and pushed many towards the wall that would eventually collapse and cause the death of 39 fans.

“At one point these… animals began shouting and threatening us. They were throwing slabs of concrete and even fire extinguishers. Their faces were twisted in hate, they looked hell bent on causing the worst possible trouble,” Barelli said.

“All of a sudden, they charged and broke down the netting. Instead of standing firm, we ran!”

“We ran up the way… at one point I couldn’t breathe because I was being crushed by the crowd.

“I thought to myself, ‘stupid Milanista (fan of AC Milan) you’re going to die for Juventus’ ! Then I leaned on two other people, caught my breath and somehow managed to escape.

“We got over a wall with only a two or three-metre drop. And then it was all over, just as quickly as it had started.

“But the ones who ran to the sides found themselves crushed up against that wall which collapsed.”

Barelli has since applauded the measures taken in the aftermath of Heysel. Under pressure from Britain’s former Prime Minister Margaret Thatcher, English clubs were banned from European competition for five years, Liverpool for six, and in 1989 14 fans were handed three-year prison sentences for manslaughter.

“At least something came out of it,” added Barelli. “These animals (hooligans) were brought to heel thanks to Thatcher, who sent them to prison.

“The English clubs were banned from European competition for five years. In Italy, they kill each other and they’re given a stadium ban… we didn’t learn any lessons. In England, after Heysel, they did.”

But still 30 years on, recounting the events of Heysel brings the awful memories flooding back.

“The picture I can’t get out of my head is one of the battlefield in the stands. Abandoned shoes, clothes, bottles… it looked like an earthquake had struck,” he said.

“Tents were put up at the main entrance of the stadium to accommodate the dead. That’s when we realised the seriousness of the disaster.

“Still today, my voice shakes when I speak about it, I feel angry and frightened by the thought that I almost lost my life there.”

He added: “Heysel was one of the worst stadiums in the world. The stands at the top end of the stadium were simple strips of cement on the ground.

“It’s a total scandal the match was played. Those who weren’t there don’t have a clue what it was like, but the people in charge, of the teams, of the stadium and those from UEFA knew only too well.

“It was said suspending the match would have led to a bigger disaster. Maybe that’s true but still… 39 dead… how can you play on?

“I understand (the decision), but I don’t agree. And in the end the match was decided by a non-existant penalty… as if God wanted Juventus to win, as usual (laughs).”