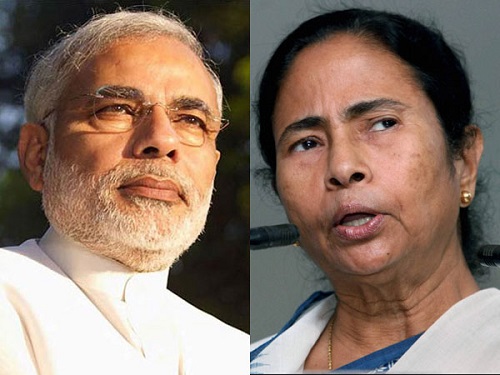 “The Chief Minister will go along with Prime Minister Narendra Modi to Bangladesh next month. We hope this visit will strenghten relations between the two Bengals (West Bengal and Bangladesh) and also between the two countries,” Education and Parliamentary Affiars Minister Partha Chatterjee told PTI.

“Between two Bengals there are no differences. We speak the same language, both the countries have national anthems which are created by the same person (Rabindranath Tagore). We feel that the visit by the Prime Minister and Chief Minister will be in the interest of both the countries and also Bengal,” Chatterjee said.

“The Prime Minister and Chief Minister will go together and I believe that Bengal’s interests will not be compromised,” the minister said, adding the people of both countries want good relations.

Earlier, Banerjee had agreed to the Land Boundary Agreement which had been hanging fire for a long time.

This will be Banerjee’s second visit to Dhaka this year. Earlier in February, Banerjee along with a delegation of state government officials and cultural personalities had visited Bangladesh for three days.

Asked if Banerjee has given her consent to the Teesta water sharing treaty, Chatterjee said, “I am not aware of it and I cannot comment on this matter.