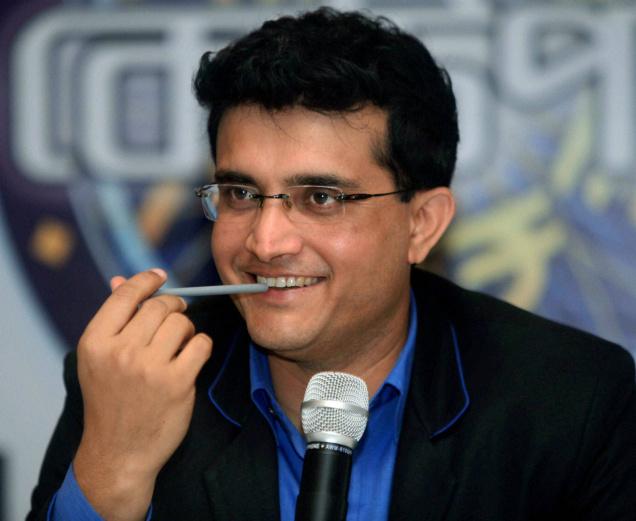 Hyderabad: The Indians were a pretty docile bunch, allowing others to sledge, sticking to safe bets and playing good cop. Until Sourav Ganguly happened to them.

The hot-headed Royal Bengal tiger soon transformed Team Indiaâ€™s meek personality to one that spit fire, whenever needed, wherever needed. Result? A bare-chested Ganguly celebrating an infamous win over England from the balcony of The Lords, his teeth clenched, his jersey, imitating a blue cyclone. With Gangulyâ€™s retirement, that became a picture we cherish.

But, you know what? If rumours are to be believed, Dadagiri might well make a comeback into the Indian dressing room.

How, you ask. Oh well, donâ€™t get too excited, but it seems, Ganguly has squeezed in a word with new BCCI President Jagmohan Dalmiya about his desire to mentor the young brigade. And chances are high that he will be orchestrating with the baton.

The time is apt. I mean, the fact that Duncan Fletcher isnâ€™t exactly the apple of BCCIâ€™s eye is no longer a secret hidden in the closet. Team Indiaâ€™s overseas performances, apart from the World Cup, have been far from encouraging.

Plus, Fletcherâ€™s contract with Team India expired as soon as the World Cup campaign ended. Hence, the BCCI would anyway on the lookout for someone who could replace him with someone, say, more Indian.

And who better than Sourav Ganguly? He is the one who introduced aggression to the Indian cricketers. One of the best captains that India has produced, Ganguly is tailor-made for the role. He shaped the Indian team, investing his confidence in the young players, who today can claim several highs only because the perseverance he showed.

Heâ€™s miles away from being diplomatic. That should be great, because how many people can we find today who have the guts to call a spade a spade? Heâ€™s perhaps one of the only men who stood against Greg Chappell, even when it meant the end of the road for him.

While there are several others like Rahul Dravid or maybe even a Sanjay Bangar that the BCCI is willing to consider, it remains to be seen whether they would be applying for this role or not. Another name that might make the cut is Team Director Ravi Shastri, who has been spot on in turning things around for the lost Indian team. His role will depend on the kind of coach whoâ€™ll get appointed.

With the BCCIâ€™s mantra being â€˜win abroadâ€™, the compass definitely is swaying towards the Bengali Babu.