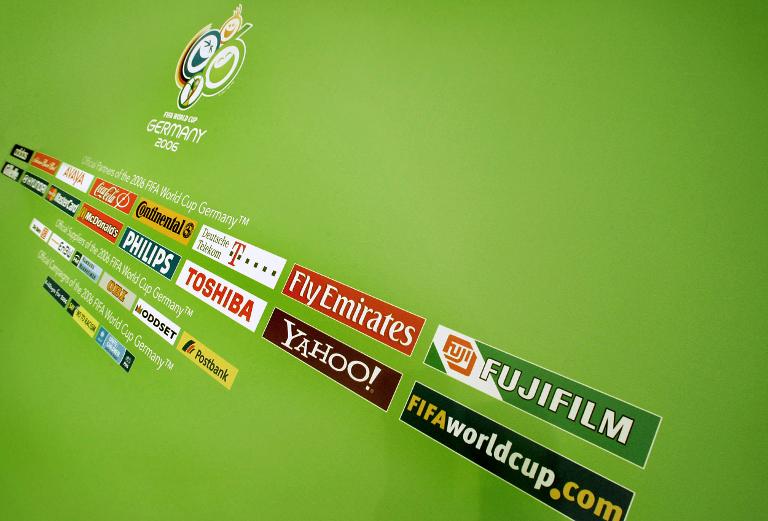 Top football sponsors Coca-Cola, Adidas, McDonald’s and Visa pressed FIFA to clean itself up as the newest corruption scandal threatens efforts to market their products through the world’s most popular sport.

The companies that pay hundreds of millions of dollars to place their ads around World Cup and other global football venues said FIFA needed stronger ethical standards, after seven of its officials were arrested in Switzerland for bribery.

The arrests came as part of a US Justice Department case that named nine officials of football’s governing body, and five sports marketing officials, in a number of instances of bribes and kickbacks involving sponsorships over the past two decades.

Visa said that if FIFA’s ethical problems aren’t addressed it may pull its sponsorship.

“Our disappointment and concern with FIFA in light of today’s developments is profound,” the company said in a strongly-worded statement, adding that it expects the football organization to rebuild with “strong ethical practices.”

“Should FIFA fail to do so, we have informed them that we will reassess our sponsorship,” Visa said.

Coca-Cola, which pays an estimated $30 million a year to be one of five official FIFA Partners, issued a stern rebuke to the organization.

“This lengthy controversy has tarnished the mission and ideals of the FIFA World Cup and we have repeatedly expressed our concerns about these serious allegations. We expect FIFA to continue to address these issues thoroughly,” the company said.

“McDonald’s takes matters of ethics and corruption very seriously,” the US fast-food company, an official sponsor of the 2018 World Cup in Russia, said.

“We are in contact with FIFA on this matter. We will continue to monitor the situation very closely.”

Also speaking out were Adidas and Budweiser.

The German sportswear group said it would encourage football’s global governing body “to establish and follow transparent compliance standards in everything they do.”

And Budweiser, the US beer unit of Belgian brewing giant AB InBev, said: “We expect all of our partners to maintain strong ethical standards and operate with transparency.”

Complaints against FIFA from global consumer-goods giants that pump hundreds of millions of dollars annually into the world’s leading sport have mounted over the past two years.

None of the official sponsors has been implicated in the scandals. But all clearly worry that the cloud over the organization could stain their own reputations and hurt sales.

They have been especially worried over corruption allegations behind FIFA’s award of the World Cup to Qatar in 2022.

And last week Coke and Visa expressed worries over the treatment of hundreds of thousands of immigrant workers in Qatar who are building the facilities for the tournament, after human rights groups and journalists exposed dire work conditions.

None of the sponsors, whose funding is essential to FIFA, has gone so far as to withdraw its sponsorship of the sport.

But amid likely pressure from the public and shareholders to avoid being tainted by the FIFA investigation, sports marketing expert David Carter of the Sports Business Group said they “have to look as though they are part of the solution.”

The scandal is a risk for their brands, he said, and that could lead to pressure “to reallocate their dollars” for advertising.

“They need to be proactive in calling for a complete cleansing or threaten, if not actually pull, their sponsorship over time,” he told AFP.

“The large majority of sponsors will hang in there,” said Andrew Zimbalist, an economist and sports business expert at Smith College.

“Most sponsors who were putting money into FIFA knew about FIFA’s problems, so this was not new for them,” he said.