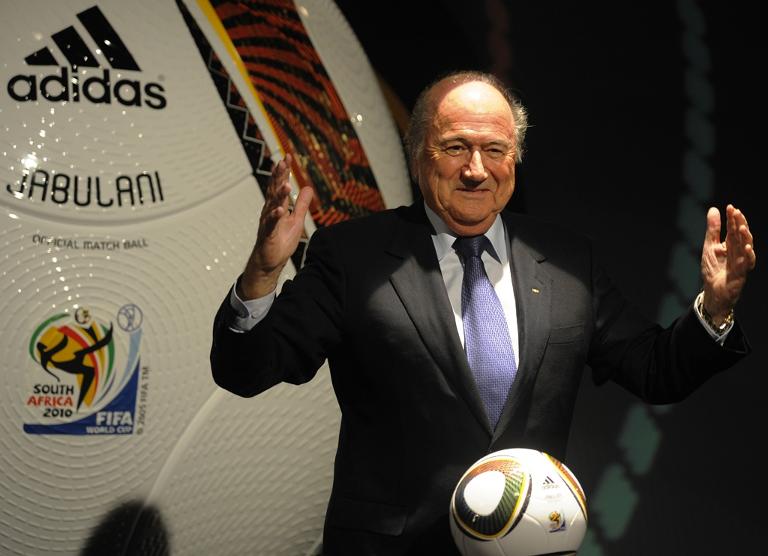 Sponsors piled pressure on FIFA leader Sepp Blatter to clean up world football as two major corruption scandals overshadowed the start of a congress Thursday at which he will seek a new term.

The beleaguered 79-year-old president remained closeted in his office as global headlines slammed the “World Cup of fraud” and some calls were made for him to stand down. Blatter remains favourite to win an election on Friday however.

Credit card giant Visa said it would “reassess” its sponsorship of FIFA unless it takes immediate action after the arrest of top FIFA leaders accused by US authorities of taking huge bribes.

While Swiss police are investigating the award of the 2018 and 2022 World Cups to Russia and Qatar, US documents indicate that South Africa paid bribes to FIFA officials to secure the 2010 World Cup.

Visa said that unless FIFA rebuilds a corporate culture with “strong ethical practices” at its heart, “we have informed them that we will reassess our sponsorship”.

Coca-Cola, Adidas, McDonald’s and Budweiser all spoke out against the corruption scandal. Corporate backers provide hundreds of millions of dollars to FIFA’s finances.

FIFA’s annual congress starts in Zurich on Thursday but its leader stayed out of the public eye as the corruption storm grew.

He failed to make expected appearances at regional confederation meetings before the congress. He also cancelled an expected appearance at a medical conference. FIFA’s chief medical officer Jiri Dvorak said Blatter had to manage the “turbulence” hitting the organisation.

UEFA, Europe’s governing body, has called for the presidential vote to be postponed and was to meet Thursday to decide whether to boycott the election.

“These events show, once again, that corruption is deeply rooted in FIFA’s culture,” UEFA said in a statement.

Some European leaders even renewed calls for Blatter to resign.

“Sepp Blatter has to go as FIFA president,” said Greg Dyke, chairman of the English Football Association, which lost out to Russia for the 2018 tournament.

Blatter’s hopes of re-election England is among the major backers of Blatter’s only remaining challenger for the presidency, Prince Ali bin al Hussein, a FIFA vice president from Jordan.

Former Brazil star turned senator Romario, a vociferous critic of corruption in the game, said Blatter should be “detained”.

But FIFA remain adamant that the congress and vote will go ahead.

And African and Asian confederations have reaffirmed their support for Blatter.

Asian Football Conderation members hold 47 of the 209 votes in the FIFA election, behind the Confederation of African Football (56 votes) and UEFA (54).

The AFC “expresses its disappointment and sadness at Wednesday’s events in Zurich whilst opposing any delay in the FIFA presidential elections”, a statement said.

Seven football officials, including two FIFA vice presidents, remained in Swiss custody on Thursday after their arrest at the FIFA hotel in Zurich early Wednesday.

Six of the seven have indicated they will fight extradition to the United States, Swiss authorities said.

US authorities said nine football officials in all were among 14 people facing up to 20 years in jail if found guilty in the long-running corruption case involving more than $150 million in bribes.

“It’s a significant step but I want to be very clear, this is the beginning of our effort not the end,” said Kelly Currie, acting US attorney for the eastern district of New York.

Blatter said it was a “difficult time” for the world body, and added that he would not tolerate misconduct by FIFA officials.

“Let me be clear: such misconduct has no place in football and we will ensure that those who engage in it are put out of the game,” Blatter said in a statement.

FIFA vice presidents Jeffrey Webb — the current CONCACAF chief — and Eugenio Figueredo, a former head of the South American confederation, were among the seven arrested by Zurich police.

Jack Warner, a former vice president, appeared in a Port of Spain court Wednesday before a judge who set his bail at $394,000, according to Trinidad and Tobago media.

Warner was ordered to hand over his passport and check in with police twice a week before a hearing over whether to extradite him to the United States in July, according to the reports.

Warner has denied any wrongdoing. But two of his sons have pleaded guilty to charges related to the US investigation into bribery and kickbacks involving FIFA officials and sports marketing firms.

US agents also raided the Miami headquarters of CONCACAF, the confederation for North and Central America.

“The indictment alleges corruption that is rampant, systemic and deep-rooted both abroad and here in the United States,” US attorney general Loretta Lynch said.

The US investigation said South African officials paid $10 million in bribes to host the 2010 tournament. Some bribes were handed over in a briefcase stuffed with $10,000 bundles of cash.