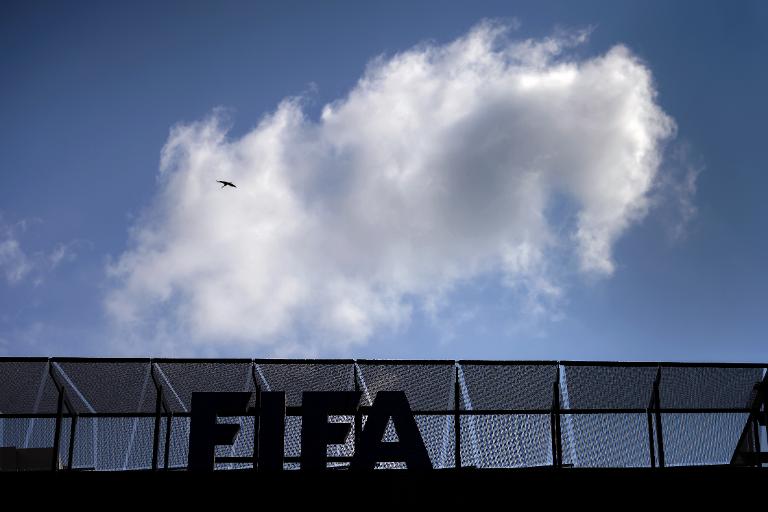 A major corruption storm that engulfed FIFA sent shock waves around world football Wednesday and led to calls to suspend a vote on whether its leader Sepp Blatter should get a new term.

Swiss police detained seven football officials accused of taking more than $150 million in bribes in a dawn raid on a luxury Zurich hotel. The United States wants the seven extradited to face trial there.

Separately, Swiss investigators raided FIFA’s headquarters as part of an investigation into the awarding of the 2018 and 2022 World Cups to Russia and Qatar.

With FIFA now facing the biggest crisis in its century of existence, both the US and Swiss inquiries are expected to widen increasing pressure on the scandal-tainted organisation and its leader.

FIFA vice presidents Jeffrey Webb and Eugenio Figueredo were among seven people arrested at 6:00am at the elegant Baur au Lac hotel as part of a US inquiry.

All have been held in jail.

“The indictment alleges corruption that is rampant, systemic and deep-rooted both abroad and here in the United States,” US attorney general Loretta Lynch said.

Webb, from the Cayman Islands, heads the CONCACAF North and Central American confederation. US investigators also raided the CONCACAF headquarters in Miami.

Figueredo, from Uruguay, is president of the South American governing body Conmebol. Also detained was Eduardo Li, an ethnic Chinese head of Costa Rican football who is due to join the FIFA executive on Friday.

Six of the seven suspects announced they will fight extradition, Swiss authorities said.

US attorney general Lynch said corruption was so endemic that FIFA officials took bribes during the process that awarded the 2010 World Cup to South Africa, the first time that the tournament was held in Africa.

US investigators vowed their work would be expanded.

The multi-billion dollar football body faced a separate storm when Swiss police seized files and emails at the FIFA headquarters as part of their investigation into the 2018 and 2022 World Cups.

The 2010 vote by FIFA that attributed the events to Russia and Qatar has been surrounded by widespread allegations of fraud. FIFA said though that there was no question of changing the venues.

Swiss investigators said they would question 10 members of the executive committee who took part in the 2010 vote.

Russia’s foreign ministry accused the United States of illegally applying its judicial force “far beyond its borders” by acting against the FIFA officials in Zurich.

But European federations welcomed the action and called for the suspension of the FIFA congress due to start Thursday and its presidential vote put back by six months.

UEFA called the arrests a “disaster for FIFA.”

“UEFA is deeply shocked and saddened by them. These events show, once again, that corruption is deeply rooted in FIFA’s culture,” it added in a statement.

Blatter’s only challenger for the presidency, Prince Ali bin al Hussein, a FIFA vice president from Jordan, called the arrests “a sad day for football.”

“We cannot continue with the crisis in FIFA, a crisis that has been ongoing and is not just relevant to the events of today,” he added.

FIFA spokesman Walter de Gregorio stated that Blatter is not involved in the investigations and that the presidential vote would be held as planned on Friday.

Blatter has been overwhelming favourite to win a fifth term at FIFA. But his opponents hope the stunning events could swing votes even though the Confederatiion of African Football reaffirmed its support for the Swiss official.

De Grigorio said Blatter, 79, was “relaxed” about the future fallout from the investigation.

“He isn’t dancing in his office,” de Gregorio said. “He is very, very calm, he sees what happens. He is fully cooperative with everybody.”

Blatter himself acknowledged that football’s world body faces a “difficult time” because of the corruption storm but vowed any officials found guilty would be kicked out of the game.

“This is a difficult time for football, the fans and for FIFA as an organisation. We understand the disappointment that many have expressed and I know that the events of today will impact the way in which many people view us,” Blatter said.

“Let me be clear: such misconduct has no place in football and we will ensure that those who engage in it are put out of the game,” added Blatter.

FIFA’s ethics committee provisionally suspended 11 of the suspects named in the US charges, including the seven held in Zurich.