Home Sports Federer rocks on Sharapova through as Halep crashes 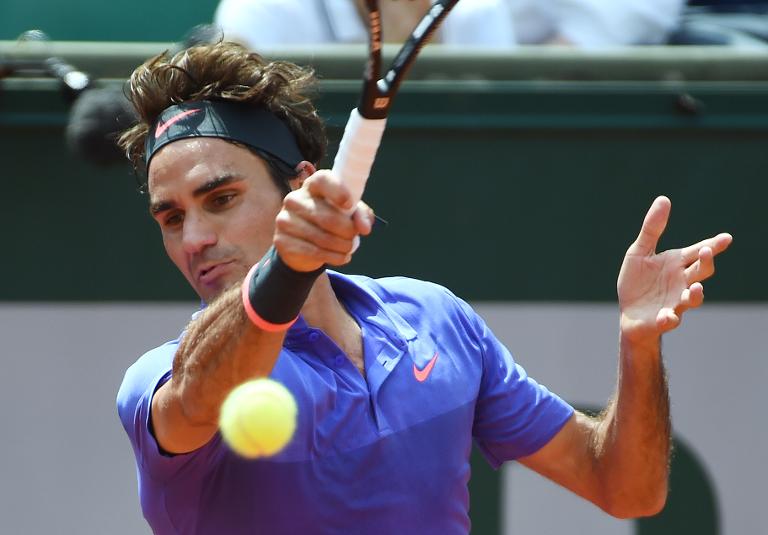 Roger Federer advanced to the third round of the French Open on Wednesday as Maria Sharapova brushed aside fellow Russian Vitalia Diatchenko but Simona Halep became the day’s biggest casualty.

Federer got the job done in one hour, 47 minutes, although he was broken twice and his opponent made life tough in the second set in particular.

The 2009 champion came through a tiebreak before running away with the third set and will now meet Damir Dzumhur of Bosnia in the last 32.

When asked about the presence of Young among the crowd on a sun-drenched Paris day, Federer said: “I have seen them twice in concert. Once when I was 15 and I even met him.

“I still had long hair at the time. I don’t know if he remembers. It is a real pleasure to see him here.”

Reigning women’s champion Sharapova, who was also the winner at Roland Garros in 2012 and runner-up in 2013, defeated Diatchenko 6-3, 6-1 to set up a clash with former finalist Samantha Stosur in the third round.

The second seed won the opener when Diatchenko double-faulted on set point and Sharapova then broke right at the start of the second set to lead 2-0.

Diatchenko saved a first match point to pull it back to 5-1, but she could not stop her compatriot closing out the match in the following game.

Stosur of Australia, the runner-up in 2010 who is seeded 26th this year, breezed past French wildcard Amandine Hesse 6-0, 6-1.

Stosur and Sharapova also met in the last 16 a year ago, with the Russian prevailing in three sets.

“She’s always a tough opponent and loves playing on clay. But I have a good record against her and I hope I can continue that,” said Sharapova of her next opponent.

Romanian Halep lost to Sharapova in the final last year but the third seed was the biggest name yet to fall by the wayside in the women’s draw as she was beaten 7-5, 6-1 by veteran Mirjana Lucic-Baroni of Croatia in the second round.

“I couldn’t play my best today. But, you know, she started to hit the ball very strong at the beginning of the match. So she was better than me today, and I have just to take…this situation to handle it and just to go forward,” said Halep.

Lucic-Baroni, who last reached the third round in Paris in 2001 as a teenager, now faces French 29th seed Alize Cornet, who saw off Romania’s Alexandra Dulgheru 6-2, 7-5.

Men’s fourth seed Tomas Berdych came through a gruelling match against his fellow Czech Radek Stepanek that lasted more than three hours, winning 6-3, 6-7 (7/9), 6-3, 6-3 on Court One.

Kei Nishikori, the fifth seed who was the only one of five Japanese players in the initial men’s draw to have made it through to the second round, eased past Thomaz Bellucci of Brazil 7-5, 6-4, 6-4.

Another Spaniard, 19th seed Roberto Bautista Agut, was knocked out in straight sets by Czech Lukas Rosol, while Fabio Fognini (28) and 2014 semi-finalist Ernests Gulbis (24) were other seeds to go out, losing to Benoit Paire and Nicolas Mahut respectively.