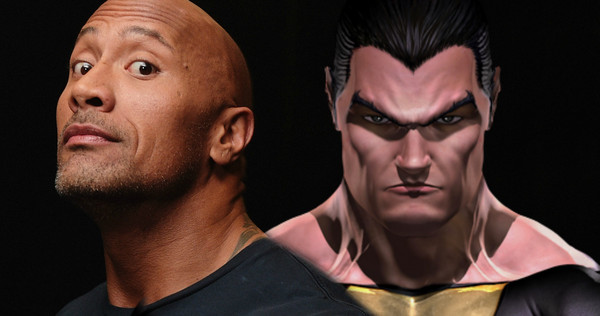 Good news for all the fans of Dwayne Johnson aka â€˜The Rockâ€™.Â

Fans who were looking forward to Dwayne Johnson playing a comic book character were probably a little disappointed when Warner Bros. declared that the film wouldnâ€™t appear until 2019.

Wrestler-turned-actor Dwayne Johnson, known as The Rock, has confirmed that ‘Shazam’ will come earlier than it was predicted. The Rock will play Black Adam, one of the villains in the movie.Â

He noted that fans would not have to wait for the movie that long.Â Back in October 2014, Warner Bros set the movie to be released on April 5, 2019.Â

“You know, it may happen a little earlier than what has been predicted. The script is coming in, it’s great. The support from the studio has been great.Â

“And it is just a great opportunity especially with Black Adam where you can take a guy that starts off as bad guy turns into an anti-hero. We can make him vicious; a little bit of winking charm,” he said.Â

Produced by The Rock, Hiram Garcia, Michael Uslan, Peter Segal and Michael Ewing, “Shazam” centers on young Billy Batson who finds himself gifted with the power of the wizard Shazam to fight against the forces of evil.Â

No director is tapped for the movie yet.
Â