Home World Dozens may have come in contact with anthrax: US military 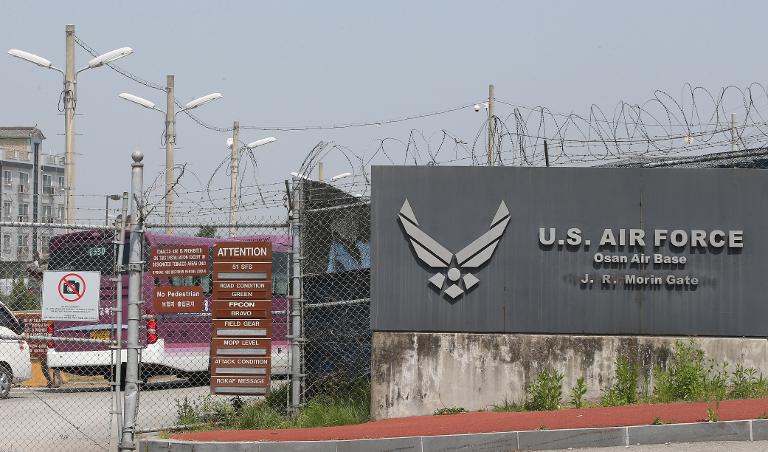 As many as 22 people in South Korea and four US lab workers may have been exposed to anthrax after the American military accidentally shipped out at least one live sample, officials said.

The four lab employees were undergoing medical treatment as a precaution after the military sent the sample inside the country to a commercial lab in Maryland, US officials said Wednesday.

As many as 22 personnel may have been exposed to anthrax during a laboratory training exercise at the US Osan Air Force Base in South Korea using samples shipped from the same batch, a military statement said Thursday.

In addition to the military base in South Korea, more than a dozen other government and commercial labs in nine US states had received samples from the accidental shipment, officials said.

All of the samples had been irradiated in March last year at a military lab in Utah and were supposed to be “dead.”

But on Friday, a private firm in Maryland notified authorities that its sample was still active, setting off an urgent review of all material sent out to other labs, defense officials said.

Four people at three different companies that had “worked with the live anthrax” were receiving post-exposure treatment as a precaution.

The Pentagon and health officials said the incident posed no threat to public health.

“There is no known risk to the general public, and there are no suspected or confirmed cases of anthrax infection in potentially exposed lab workers,” Pentagon spokesman Colonel Steven Warren said in a statement.

The Osan Air Force Base also stressed that there was “no risk” to the public.

It said an alarm had been sounded after it was discovered that the bacteria being used in a laboratory training exercise might not have been an inert sample.

“Twenty-two personnel may have been exposed during the training event,” the statement said, while adding that none had shown any exposure symptoms.

The sample was being used in a self-contained “laboratory environment” on the base.

“Hazardous material teams immediately cordoned off the facility, decontaminated it… and destroyed the agent,” it said.

The Centers for Disease Control and Prevention (CDC), backed up by the Defense Department, is investigating the mishap.

The CDC said in a statement the investigation is examining if other labs had received live samples and conducting a safety review.

However precise information about what had gone wrong and how many labs might be affected remained unclear.

The lab was working on a project to detect biological threats in the field, Warren said.

As a precaution, the Defense Department stopped such shipments pending the investigation, he said.

After the Utah lab irradiated the batch of anthrax, the material was divided into nine samples that were then sent out to labs over the course of several months.

One sample was shipped to an army facility in Maryland, the Edgewood Chemical Biological Center. That material was then shipped to different private labs, including the firm in Maryland that reported finding the live sample, officials told AFP.

The other labs in the United states receiving samples from the original batch were located in California, Delaware, Maryland, New Jersey, New York, Tennessee, Texas, Wisconsin and Virginia.

As a result of those lapses, health officials suspended the shipment of potentially dangerous pathogens from government labs in Atlanta and the CDC shut down two of its laboratories, including one implicated in the mishandling of anthrax samples.

Investigators from the Agriculture Department last year found anthrax was stored in unlocked refrigerators in an unrestricted corridor, and that dangerous materials were transferred using resealable plastic bags.