Home Music & Entertainment Bollywoodâ€™s besties are back together 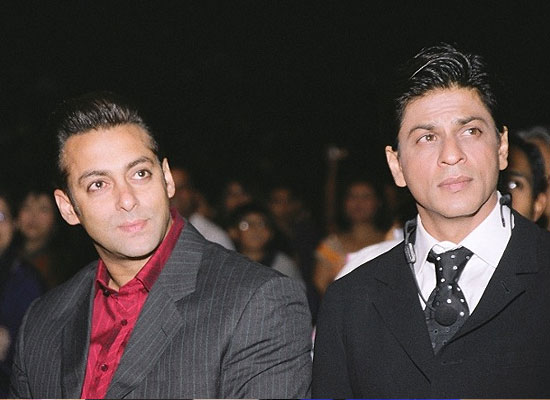 Mumbai: Look who has patched up? None other than Bollywood biggies Salman and Shahrukh Khan! Oh well, look at those grins on your faces!

Yes, it all started with Arpita Khanâ€™s wedding and an emotional moment that the shutterbugs captured. From there on, the Salman-Shahrukh patch-work began and itâ€™s been something that has been making it to the headlines on a regular basis.

The fact that Salman Khan used microblogging site twitter to convey his heartfelt thanks to Shahrukh and Aamir is proof enough that itâ€™s no longer splitsville for the Khans.

Salman Khan tweet-thanked Shah Rukh and Aamir for revealing the semi-first look of his new film Bajrangi Bhaijaan and it has already gotten more than 6000 retweets.

These tweets were in response to Shahrukh tweet that posted a picture of him on Tuesday afternoon. This was the release of Salmanâ€™s first look in the much-talked about movie.

It didnâ€™t really start at that. After Salman was charged with culpable homicide and was given his jail sentence, Shahrukh was one of the first celebs to visit Salman in his apartment.

Shahrukh and Salman had a massive public spat in 2008 during Katrina Kaif’s birthday party.

Since then, the two actors have allegedly avoided meeting each other in public. However, since then there have been meetings and hugs at iftaars during Eid and Salman and SRK have even been spotted in public, hugging and talking.