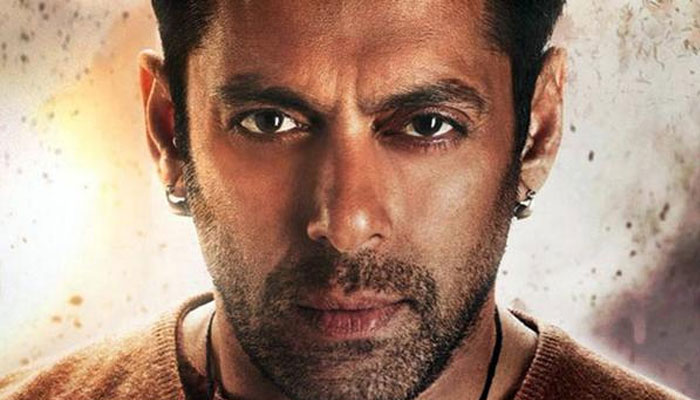 Its seems like the top three Khans have kept their rivalries aside and are reviving their friendship after they came together for Arpita Khanâ€™s wedding.
A day after Salman Khanâ€™s friends Shah Rukh Khan and Aamir Khan gave us a glimpse of the Dabangg Khan from his much-awaited of Bajrangi Bhaijaan.

Within no time, the first look of â€˜Bajrangi Bhaijaanâ€™ went viral on social media websites. Over 6,000 people favourited Shah Rukh’s post and 5,000 people retweeted it within an hour after the launch of the poster.Â

The hashtag #BajrangiBhaijaan started trending on top in India. Many fans of Salman started praising Shahrukh and Aamir, which is a rare phenomenon.
On WednesdayÂ evening, the makers unveiled the first look of Salman from the movie.

With a rugged Salman with intense look and silver earrings, everything looked stunning in its own way. The silver locket dangling on his neck also grabbed a lot of attention.

Salman, who plays a role of a Muslim man, falls in love with a Hindu Brahmin girl, played by Kareena Kapoor Khan in the Kabir Khan directed film, portrays a serious look in the picture. But itâ€™s his piercing eyes that were spectacular.

The film will have an Eid release and fans are already going gaga over his first look. The actor, who never fails to surprise his fans, created quite a stir when his friend-turned-foe-turned-friend again Shah Rukh and close friend Aamir shared the first look of the film on social media.Â

Expectations are sky-high from â€˜Bajrangi Bhaijaanâ€™, not just from fans, but from the entire film fraternity as well. It will hit screens onÂ July 17.
Â