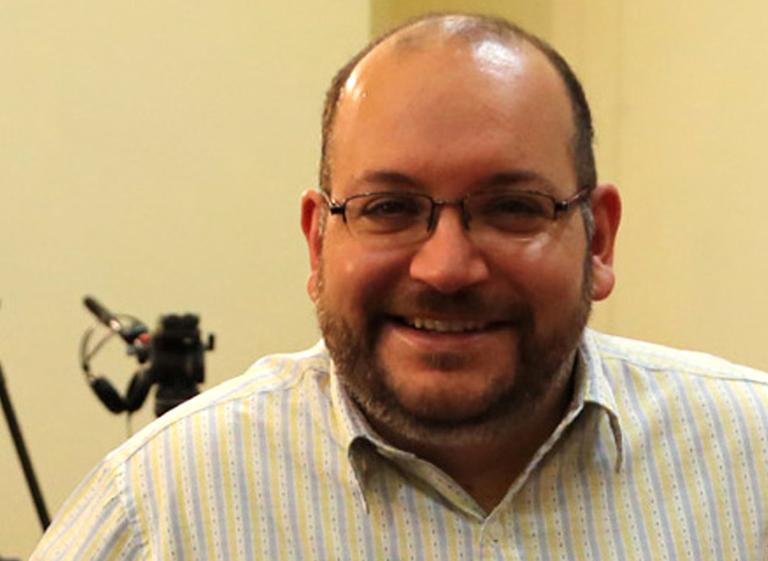 Washington Post correspondent Jason Rezaian went on trial behind closed doors in Iran Tuesday on charges of spying, in a case that has clouded a rapprochement with the United States.

Rezaian’s wife, Yeganeh Salehi, who is also a journalist, appeared in court alongside her husband and a female press photographer, Iran’s official IRNA news agency reported.

The trial is being held in Branch 15 of the Tehran revolutionary court, which usually presides over political cases or those related to national security.

The first session ended after about three hours, according to MizanOnline, a news agency linked to the judiciary.

Rezaian was presented with the charges against him, including espionage, the report said.

It said Rezaian had yet to submit his defence and that the date of the next hearing would be announced later.

The United States said it was monitoring the case “as closely as possible”.

“While we call for this trial to be open, we also maintain that Jason should never have been detained or put on trial in the first place,” National Security Council spokeswoman Bernadette Meehan said.

Rezaian, an Iranian-American, has been held since July last year in a politically sensitive case that has unfolded while Iran and world powers conduct nuclear talks.

Tehran does not recognise dual nationality, and says the case is a purely Iranian matter.

Rezaian’s wife, who worked for the English-language newspaper The National based in Abu Dhabi, was arrested along with him but released on bail after spending two and a half months in custody.

Rezaian, 39, is accused of “espionage, collaboration with hostile governments, gathering classified information and disseminating propaganda against the Islamic republic”, according to his lawyer Leila Ahsan.

His American mother, Mary, has been in Iran for the past two weeks, but his brother Ali Rezaian told AFP she was not allowed into the hearing.

“The fact that Jason’s trial has been closed to the public, including Jason’s immediate family, fits the pattern of a complete lack of transparency and lack of due process that we’ve seen since Jason was first detained,” Meehan said in a statement.

“We continue to call for all of these absurd charges to be dropped and for Jason to be released immediately.”

Ali Rezaian told AFP in an interview that their mother has been allowed to visit Jason once in Tehran’s notorious Evin jail and to speak with him for four minutes in a separate phone call.

State media gave no details of Tuesday’s hearing and no indication of how long the trial might last.

But it will overlap with the final stretch of negotiations between Iran and the major powers aimed at reaching a comprehensive agreement on Tehran’s nuclear programme by a June 30 deadline.

“For over five months they interrogated him on almost a daily basis,” Ali Rezaian said.

“It took them that long to come up with these charges that are based on really nothing. When we’ve heard about what kind of evidence they have, it’s laughable.”

Rezaian’s case has been played out in the Iranian media, where he has been accused of spying and passing information about Iran to US government officials.

Among the offences he is alleged to have committed is writing a letter to US President Barack Obama.

“There is no justice in this system, not an ounce of it, and yet the fate of a good, innocent man hangs in the balance,” The Washington Post’s executive director, Martin Baron said.

“Iran is making a statement about its values in its disgraceful treatment of our colleague, and it can only horrify the world community.”

Rezaian’s relatives have frequently expressed fears for his health, citing his need for medication to combat high blood pressure.

The California-born journalist is one of four Americans Obama has urged Iran to return home.

The others are pastor Saeed Abedini, in jail for more than two years after being convicted of undermining national security, and former US Marine Amir Hekmati, who is serving 10 years for cooperating with hostile governments.