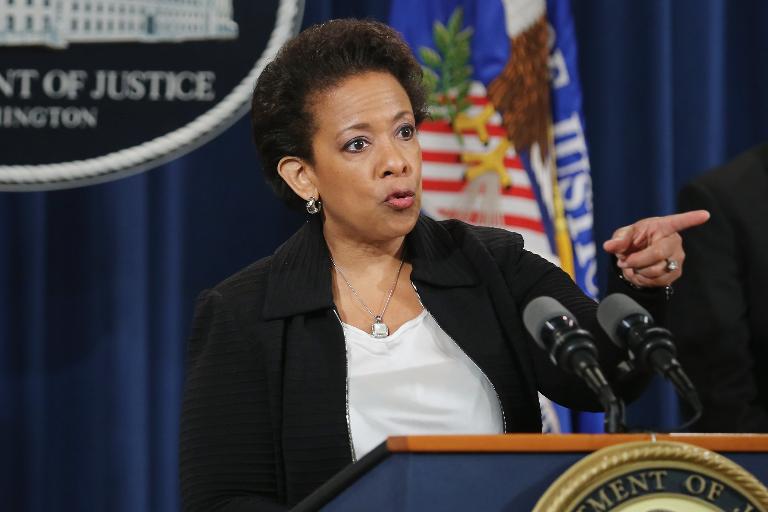 The US Justice Department announced conspiracy and corruption charges against nine football officials and five business executives Wednesday, after Swiss authorities arrested seven suspects based on the indictments.

The 14 officials and executives were charged with a bribery and kickback scheme linked to football’s world governing body FIFA over a 24-year period.

The Justice Department revealed that four individuals and two companies have already pleaded guilty, in a case that has rocked football’s world governing body.

“It spans at least two generations of soccer officials who, as alleged, have abused their positions of trust to acquire millions of dollars in bribes and kickbacks,” US Attorney General Loretta Lynch said.

At the same time as the indictments were unsealed, authorities raided the Miami headquarters of the CONCACAF soccer association, which coordinates the sport in North and Central America and the Caribbean.

Lynch, along with FBI Director James Comey, will hold a press conference at 10:30 am (1430 GMT) in Brooklyn, New York.