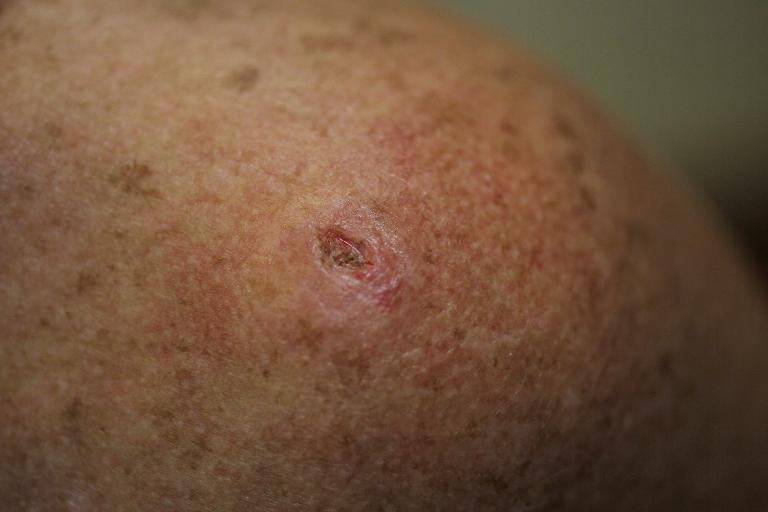 A genetically modified herpes virus was effective in fighting skin cancer by infecting and destroying cancer cells as well as triggering an immune response, according to results of a clinical trial released on Tuesday.

It was the first time an advanced-stage trial of this type of drug has shown such positive results, according to scientists from The Institute of Cancer Research in London who published their study in the American Journal of Clinical Oncology.

The dramatic results, showing a large jump in survival length, could lead the drug T-VEC (Talimogene Laherparepvec) to be approved by US and European drug regulators.

Researchers randomly selected 436 patients with inoperable advanced melanoma to receive an injection of T-VEC made by US company Amgen.

In the study, more than 16 percent of those treated with the drug had a treatment response lasting longer than six months, compared with two percent in the control groups.

Some patients have been in remission for more than three years, the study said. Results were more pronounced in patients with less advanced skin cancer and in those who had no prior treatment, indicating T-VEC could be a first-line treatment.

Among 163 patients with less advanced melanoma, people treated with T-VEC survived an average of 41 months compared to 21.5 months for 66 patients treated with other therapy.

“There is increasing excitement over the use of viral treatments like T-VEC for cancer, because they can launch a two-pronged attack on tumours — both killing cancer cells directly and marshalling the immune system against them,” said Kevin Harrington from The Institute of Cancer Research.

The drug uses a version of the herpes virus with two key genes removed to prevent it from affecting healthy cells, the scientists said.