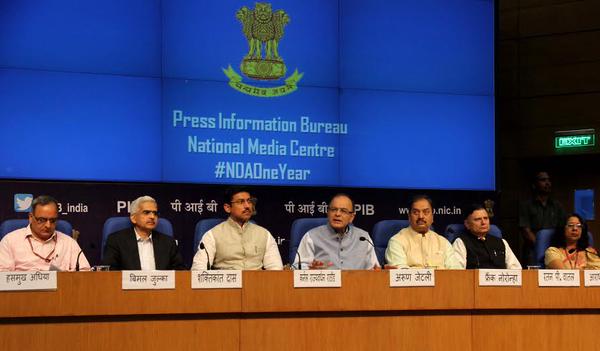 New Delhi: Celebrating one year in office, the NDA government has asked states to enrol all MNREGA workers under the three newly-launched social security schemes and open bank accounts for each worker under the Jan Dhan Yojana.

The government’s decision to enrol all MNREGA workers under the newly-launched schemes is aimed at widening the scope of these programmes for empowering the poor and marginalised in the country.

Over 3.60 households in the country were provided employment under the MNREGA, the largest employment guarantee scheme, in the last fiscal.

PMSBY will offer a renewable one year accidental death- cum-disability cover of Rs 2 lakh for partial or permanent disability to all savings bank account holders in the age group of 18-70 years for a premium of Rs 12 per annum per subscriber.

PMJJBY will offer a renewable one year life cover of Rs 2 lakh to all savings bank account holders in the age group of 18-50 years, covering death due to any reason, for a premium of Rs 330 per annum per subscriber.