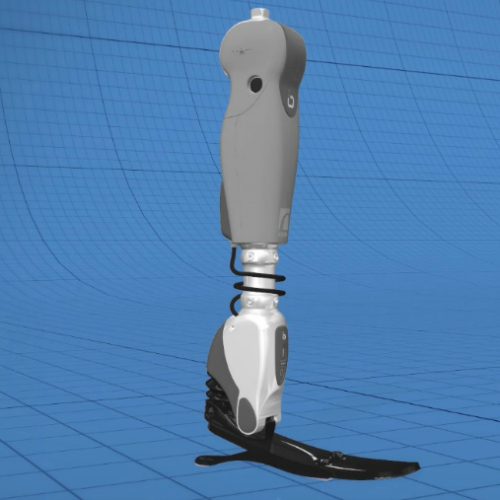 London: Researchers in Iceland have developed next-generation bionicÂ legs that can be controlled by a person’s thoughts alone.

The technology involves surgically implanting myoelectric sensors (IMES) into a person’s residual muscle tissue, to measure and interpret the signals travelling between its nerve-endings and the brain.Â

Leg movement is triggered by a connected receiver, and the process is so streamlined, it allows a patient to perform actions subconsciously.Â The implanted sensors send wireless signals to the artificial limb’s built-in computer, enabling subconscious, real-time control and faster, more natural responses and movements.

The new mind-controlled technology, developed by the company called Ossur, for lower-limb prosthetics is designed to be compatible with its line of bionic feet, knees, and legs.Â

These bionic prostheses are computerised smart limbs capable of real-time learning, with the ability to adjust themselves to the wearer’s gait as well as the walking speed and terrain, Gizmag reported.Â A coiled-wire receiver inside the prosthesis’ cup picks up the impulses and transmits them wirelessly to the robotic limb.Â

Together, the IMES and robotic limb act as a sort cybernetic spinal cord. Instead of the wearer consciously controlling the limb’s movements, they send an unconscious command to the prosthesis, which controls the movement.

“The technology allows the user’s experience with their prosthesis to become more intuitive and integrative,” said Thorvaldur Ingvarsson, leader of the mind-controlled prosthetics project.Â

Two volunteers have had the technology implanted for a year as part of the First-in-Man research project.Â Both participating amputees were positive about the new technology and clinical trials are continuing.