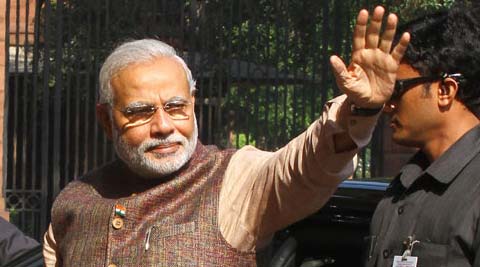 New Delhi: Prime Minister Narendra Modi on Wednesday invited all the officials and staff members of the Prime Minister’s Office to the lawns of his official 7, Race Course Road residence to celebrate the anniversary of his taking charge at the Centre.

ModiÂ had earlier in his message on the first anniversary of his government expressed happiness to witness the nation on “the fast path of development” and said that the world is optimistic about India and enthusiastic about exploring the opportunities that the country has to offer.

The NDA Government, which had had taken charge at the Centre on May 26 last year, completed one year in office on Tuesday.