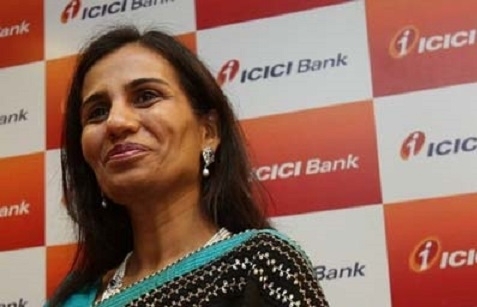 In a career which extends to over three decades,Â Chanda Kochhar, has been instrumental in the success ofÂ ICICI BankÂ and it becoming theÂ â€˜Best Retail Bank in India’.Â ForbesÂ ranked the Managing Director and CEO 35th in the 2015 list of the most powerful women in business.

Her rise through the ranks in Indiaâ€™s largest private bank has been spectacular. Starting as a management trainee in 1984, to General Manager in 1998 where she handled relationships with ICICI’s top 200 clients. In 1999 Kocchar took controll of the Strategy and E-commerce divisions of ICICI then in July 2000, under her leadership, ICICI bank started the Retail business.

In April 2001, she took over as Executive Director, heading the in ICICI Bank. In April 2006, Kochhar was appointed as Deputy Managing Director of ICICI Bank and then CEO and MD in May 2009.

When and where was Kochar born?

– Kochhar is an alumnus of St. Angela Sophia School, Jaipur.

– She graduated with a BA degree from Jai Hind College, Mumbai in 1982

She is married to Deepak Kochhar, a wind energy entrepreneur and her business school mate. They have two children, a son and a daughter.

– She received the Wockhardt Gold Medal for Excellence in Management Studies and the J N Bose Gold Medal in Cost Accountancy for highest marks in the same year.

– Kochhar is honoured withÂ Padma Bhushan Award, in 2010, for her services to banking sector.