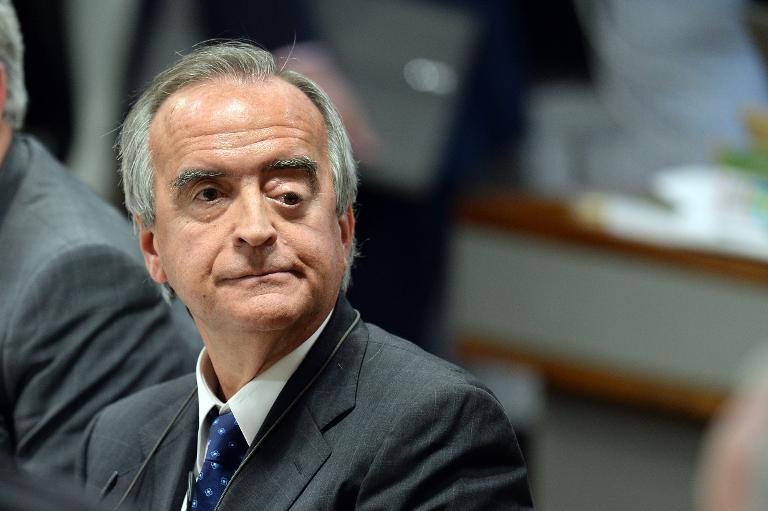 A Brazilian judge on Tuesday jailed a former executive with Brazil’s state-owned oil giant Petrobras for five years for his role in a huge graft scandal after evidence emerged of a massive kickbacks scandal benefiting politicians.

Nestor Cervero, former director of Petrobras’ international division, was found guilty of money laundering after Federal Judge Sergio Moro ruled there was sufficient evidence to convict him in the multibillion scandal, which surfaced in March last year.

Cervero was arrested last January and fired from the firm, whose market value has collapsed since the scandal broke with tens of billions of dollars wiped off its share price.

The company last month estimated the kickbacks scheme, dubbed Operation Car Wash, had cost it around $2 billion in its latest results released in April.

His lawyers said he would appeal.

He must now sell the residence with the proceeds going to Petrobras as it looks to recoup the fraud proceeds.

Costa, who must also pay back some $6 million, struck a plea bargain with investigators after he blew the whistle on a scheme which has seen dozens of mainly pro-government and a slew of top executives from the construction industry detained.

In contrast, Cervero did not cooperate with investigators, who are still probing the roles played by 13 senators, 22 Congressmen and two serving state governors.

Joao Vaccari, the former treasurer of the ruling Workers Party (PT), was arrested last month as one of the most prominent PT figures caught up in the scheme.

President Dilma Rousseff chaired the Petrobras board during much of the period under investigation, but is not accused of wrongdoing.